The story of Lyttleton Stores in Lawson is foremost one of family. The management is shared between two sisters, Jacinta and Adelina (Nina) Carmichael-Parissi. Jacinta primarily oversees Pantree Produce, an organic grocery store stocking local and Australian produce, while Nina is focussed on Atelier, offering a range of hand-made artisan wares with a focus on local designers. Their parents, Erst Carmichael and Cesidio Parissi, are investors in the business and also assist in the day-to-day operations and long-term planning. Additionally, a larger family has bloomed through the operation of Lyttleton Stores to encompass the local and creative communities who have embraced it with open arms. But this tale is also permeated with the subtle fragrance of fate. 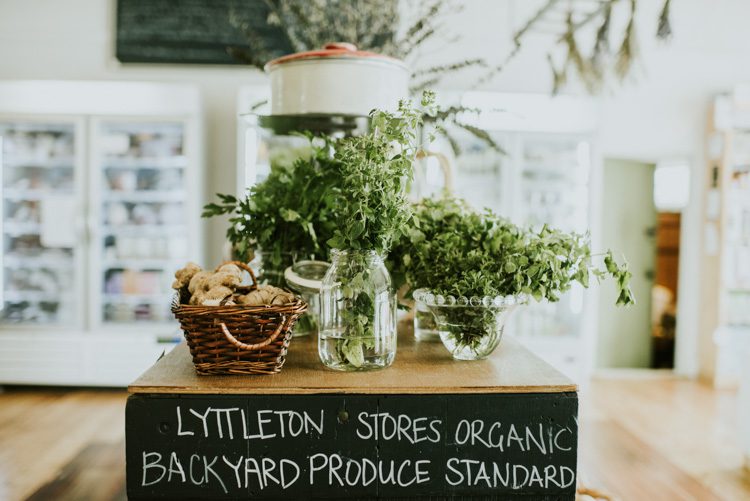 The seed of Lyttleton Stores began germinating many years ago with the arrival of Erst and Cesidio in the Blue Mountains in the 1970s. Seeking a sustainable way of living for their young family, Cesidio nourished his love of cooking in the peasant tradition of his Italian ancestry, while Erst continued her passionate advocacy for organic food. The two quickly became politically active within the community and played a major role in saving the historic Lawson Community Hall from demolition. Jacinta notes that her family has taken deep inspiration from this act and the many others of its kind. “That’s probably where our love of heritage comes from, that constant exposure we got from our parents trying to save old buildings.”

As children in the mountains, Jacinta and Nina (along with their brother) had an idyllic time. “We used to roam around the bush, build cubbies, and throw fruit at each other. We used to cook. I grew up on Honour Avenue and my friends and I would make things and have stalls out the front of our houses,” says Jacinta. Interestingly, this highlights just how far back she started conceiving of what would eventually become Lyttleton Stores. “We made bookmarks, and pressed flowers, pretend dyes, cakes, and things that probably weren’t really edible. We would harvest stuff from our backyards too – apples and peaches and plums,” she adds. 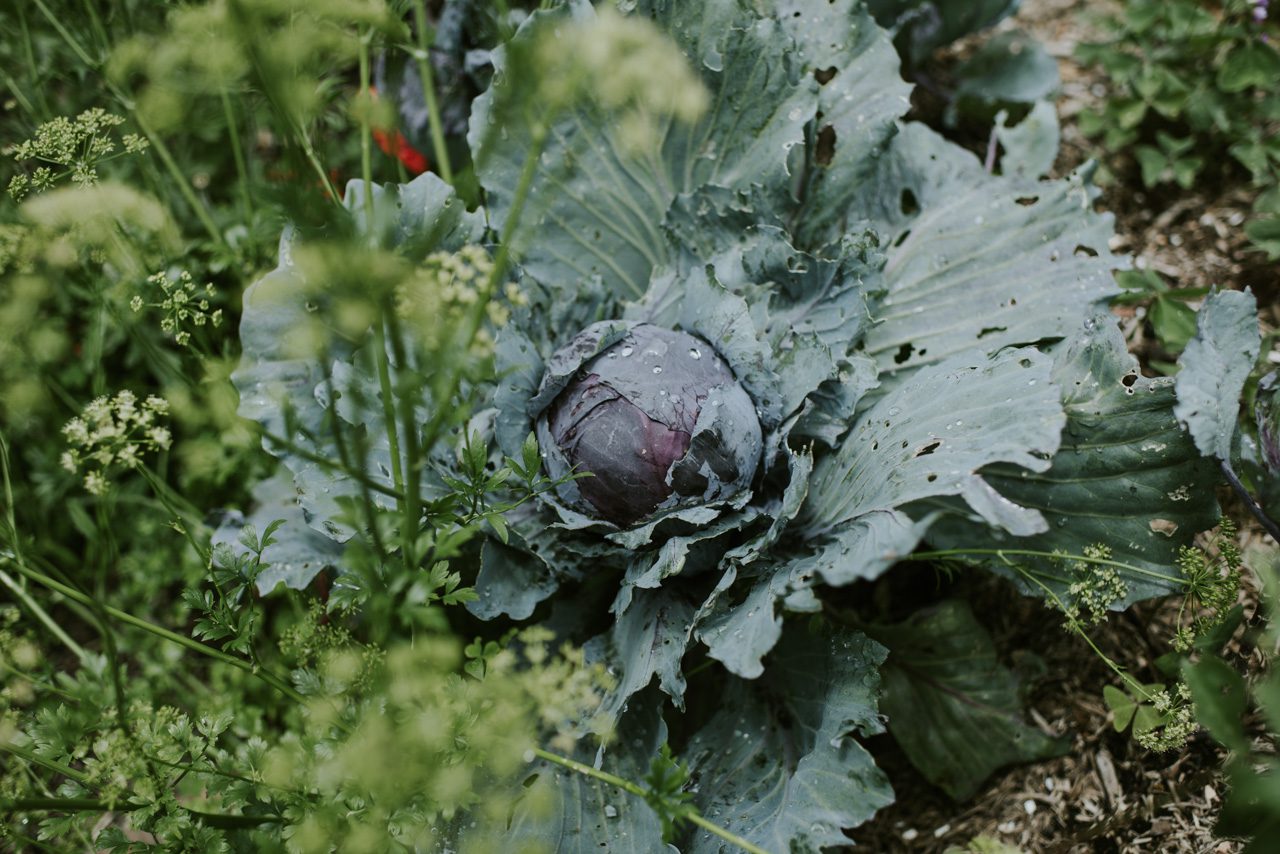 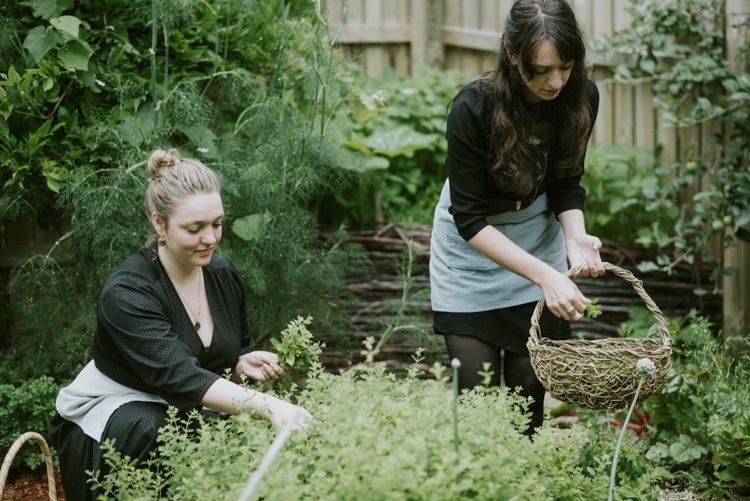 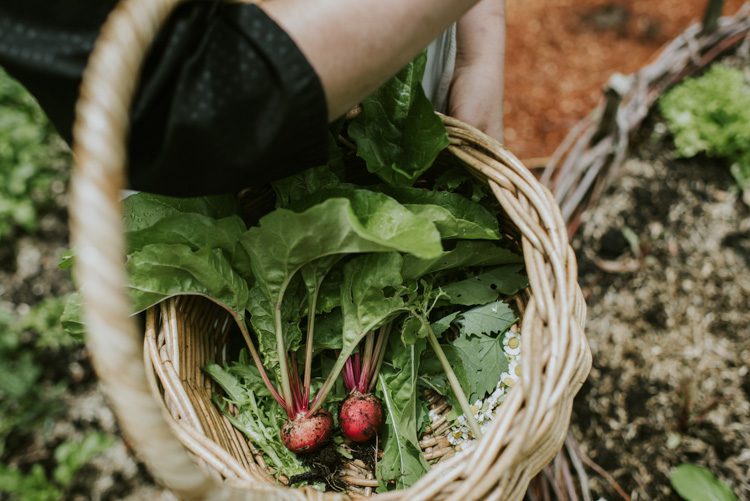 After high school, the sisters left the mountains in pursuit of their individual interests. Nina completed a Bachelor of Visual Arts with a focus on Jewellery and Object from Sydney College of the Arts in 2012, with first class honours. Since this time she has successfully run her own jewellery making business, selling her work at market stalls and festivals around Australia. Jacinta also spent many years in Sydney as an artist, supporting her practice by working at a food co-op in Manly and travelling as much as possible. But the idea of a store like Lyttleton was always quietly growing in the back of her mind.

Eventually Jacinta left Sydney to live in a remote part of South Hobart with her former partner. “It was beautiful, it was on top of a hill at the bottom of the world and looking out over valleys and mountains.” While attending art school and trying to create a sustainable farm, she attempted to open the store. Although it never fully eventuated, the desire remained.

Back in Lawson, a rare opportunity presented itself to purchase the building that Lyttleton Stores is now based in. “I’d coveted this place forever,” says Jacinta. “And I had always wanted to do something in it with ideas that had been forming since I was a kid, in terms of a multi-faceted project that a lot of people could be involved in, a collaborative project.” The building and its surrounding productive garden was originally Lawson’s local produce store, continuing as such until the 1960s when it took on a mixed use with the sale of antiques and clothing.

Jacinta is well aware of the serendipitous nature of the Carmichael-Parissi family’s decision to establish their shop in this space. “It was a fateful, but such a positive, obvious thing for our family to do – to take on one of Lawson’s heritage buildings, and to be a part of Lawson’s living history. Rather than preserving it, we are conserving it,” she proudly explains. 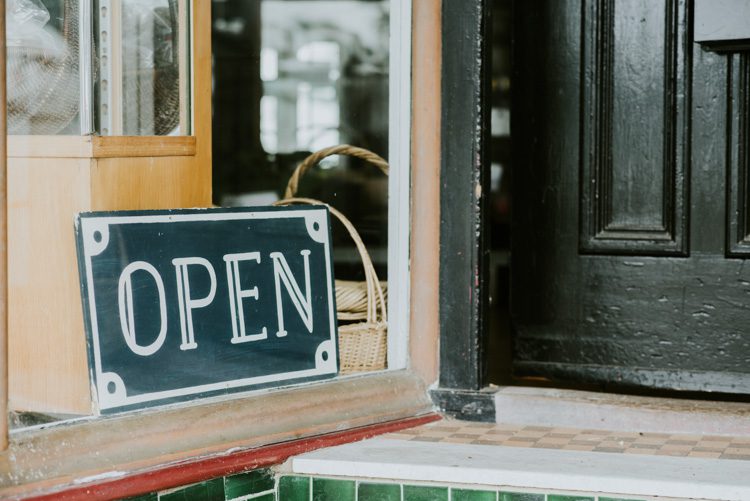 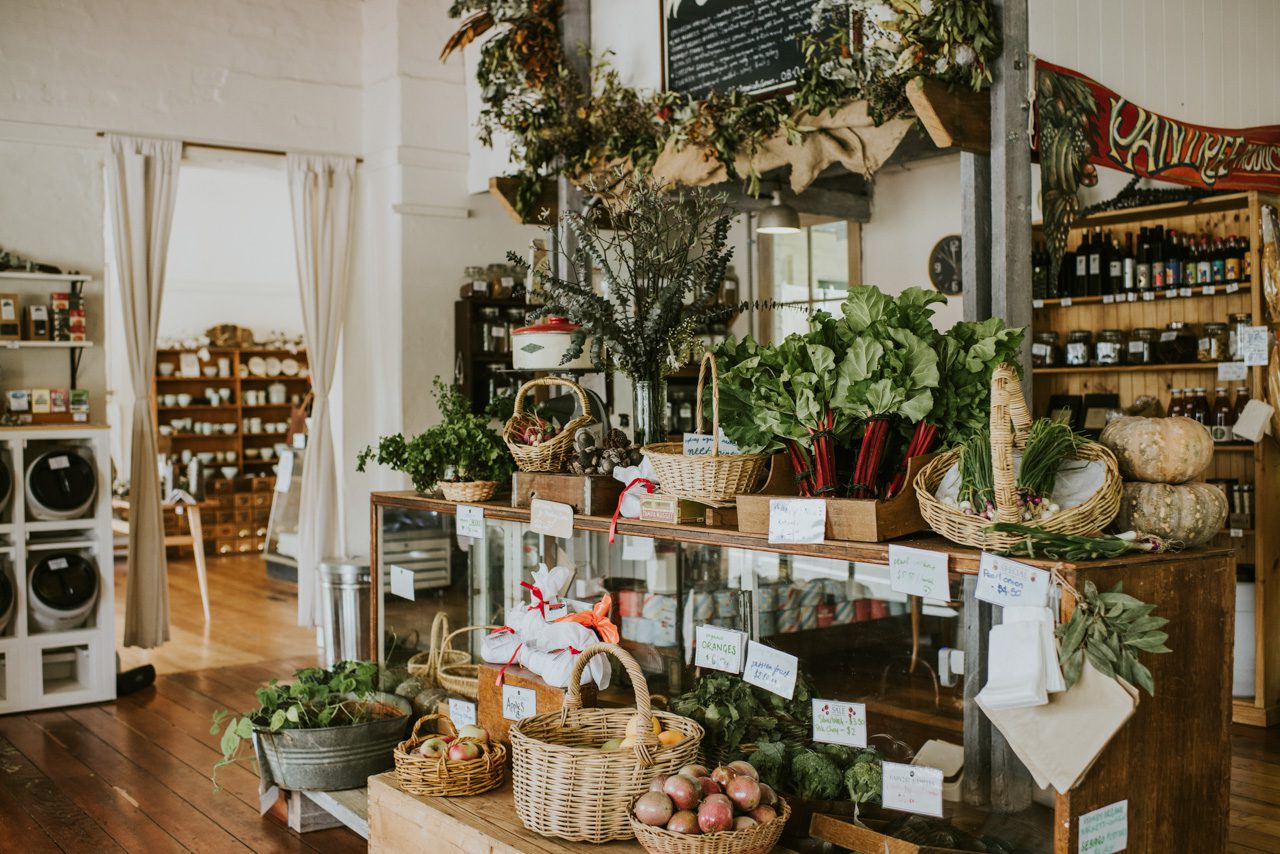 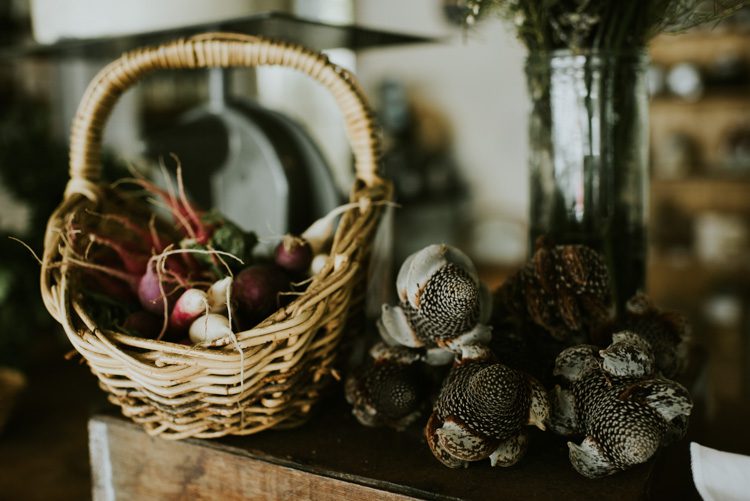 Now, Lyttleton Stores is continuing the historical and cultural linage of the space by hosting myriad workshops and exemplifying a cultural movement focused on food and design. Nina explains: “I think a lot of people view Atelier as a luxury item shop, but that’s not what we’re trying to achieve. We’re actually trying to increase the value you place on your day-to-day items. We want to be able to sell locally made items using local materials, designed for a particular purpose. Atelier is supporting local artisans, as well as farmers, and bringing it all together so that you can make beautiful food with your beautiful equipment.” As such, the pair has an exacting eye when selecting their suppliers in order to ensure that what they sell adheres to their standards of sustainability, transparency, and most importantly, beauty. 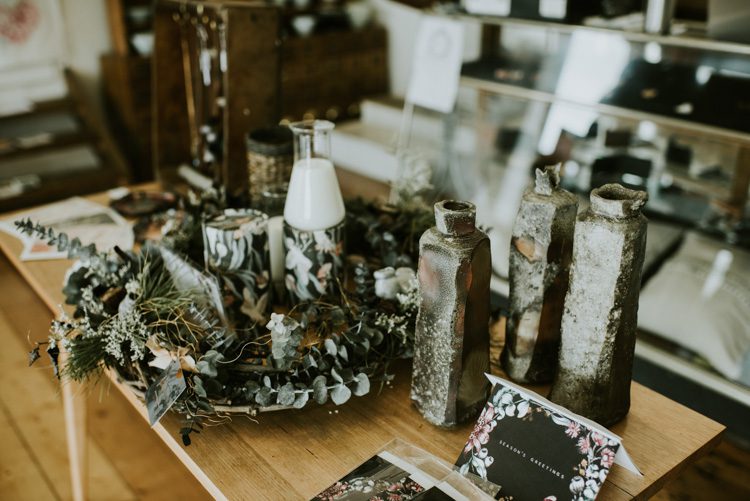 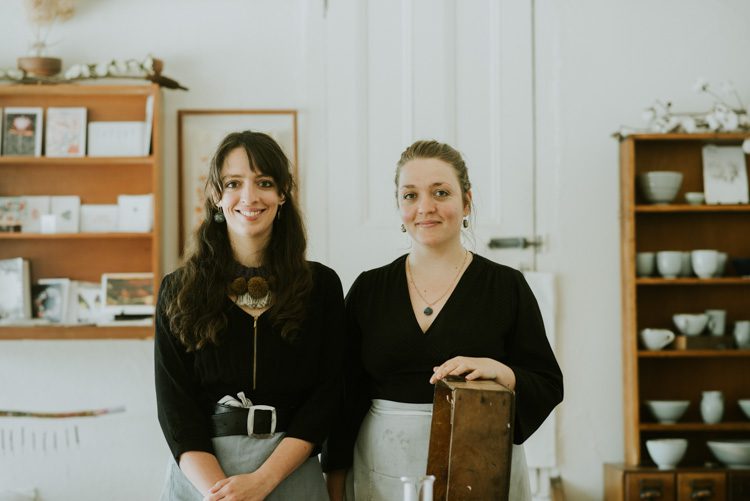 Jacinta and Nina discovered early in the process of opening the store that the local community seemed to be waiting for them to arrive. Locals watched with curiosity as paper was pasted over the windows when renovations commenced, craned their heads to see through the dusty gloom inside, and when the stores were finally opened they visited with gifts and patronage for the happy owners. “Most of our customers are local people within walking distance and they come in regularly for their basics,” says Jacinta. “They also come in when they know they have to get a present or something special.” Nina agrees, explaining that many of their customers are “already informed of how wonderful the items in Atelier are. The store speaks for itself.” 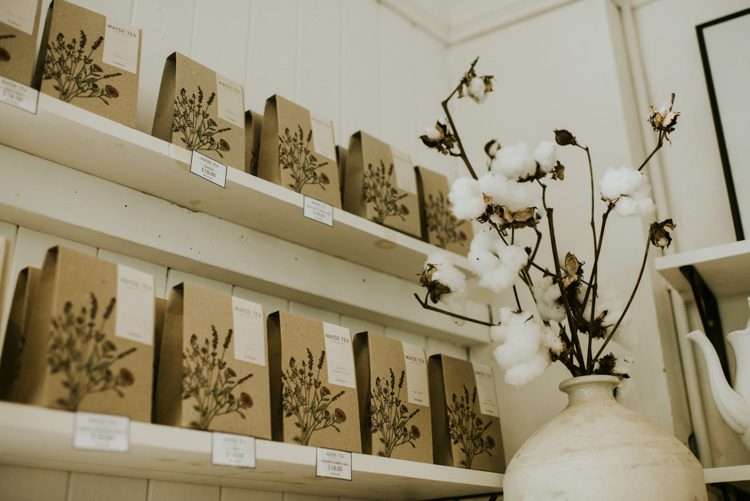 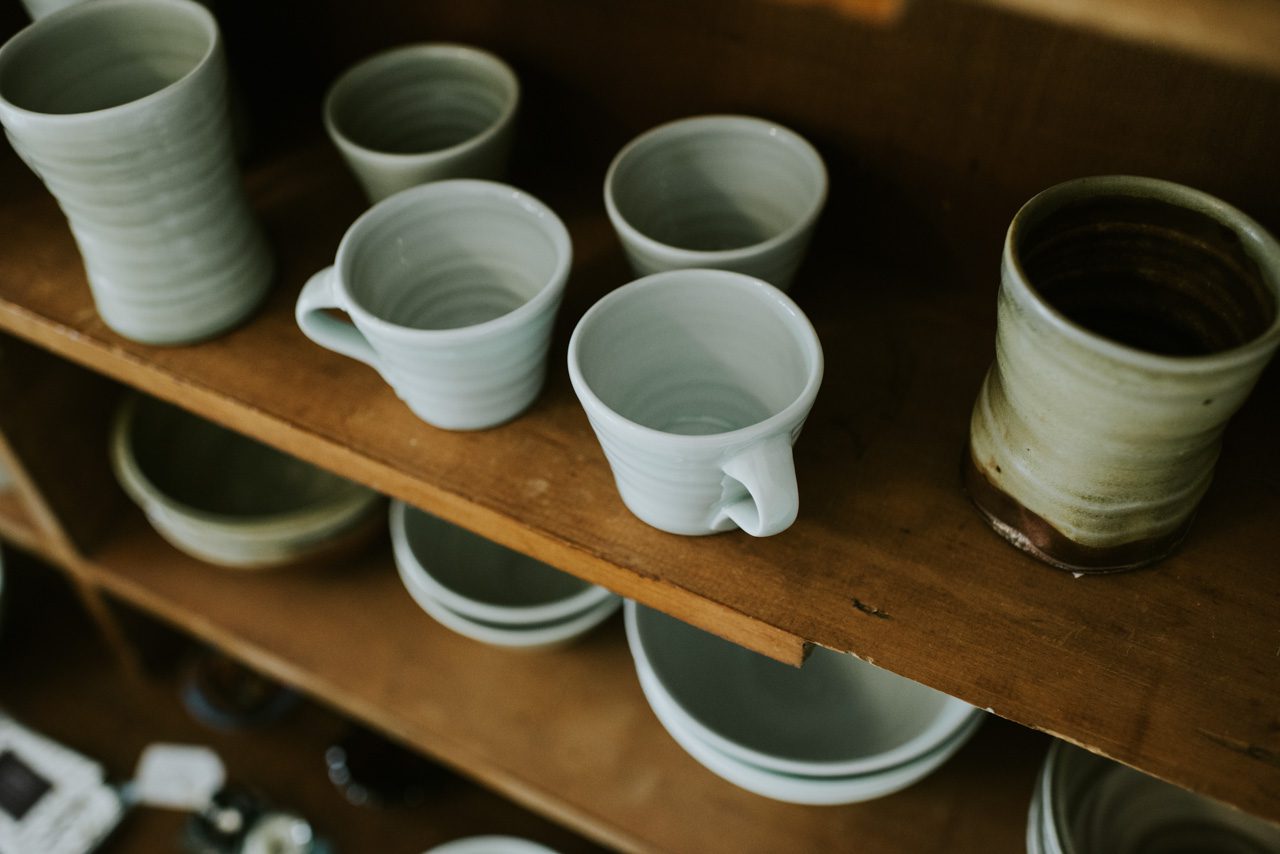 Since opening, the stores have become a hub for the creative community of the mountains. Regular exhibitions are hosted for artists, many of whom have become friends. Increasingly popular workshops are run from the space covering a range of topics from arts and crafts, to gardening and pickling. Also, nearly everyone who works in the store has his or her own creative practice. Both Jacinta and Nina acknowledge that this extended community has contributed to the growing vision of the store. “I think we are part of a special movement that’s happening now in the mountains, and I think we have been able to contribute positively to that movement by being able to create jobs for people who would otherwise not have something that they feel passionate about, and that supports their work as an artist or musician,” says Jacinta. “It’s quite a collaboration. We have about thirteen people working here and they are all creative talents of one sort or another.” 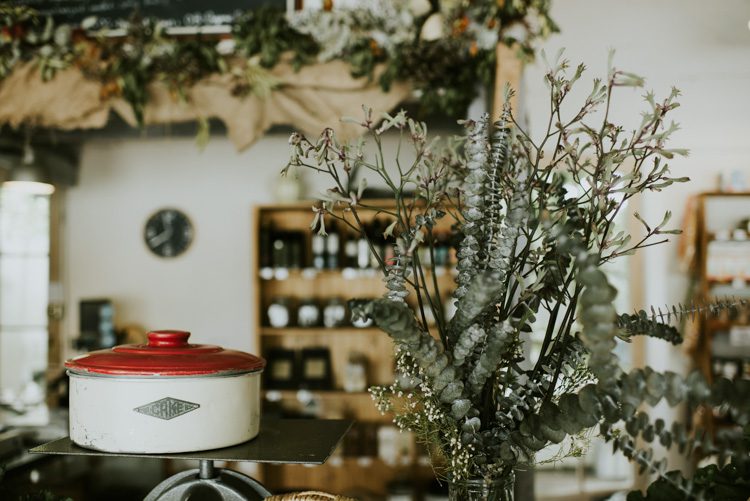 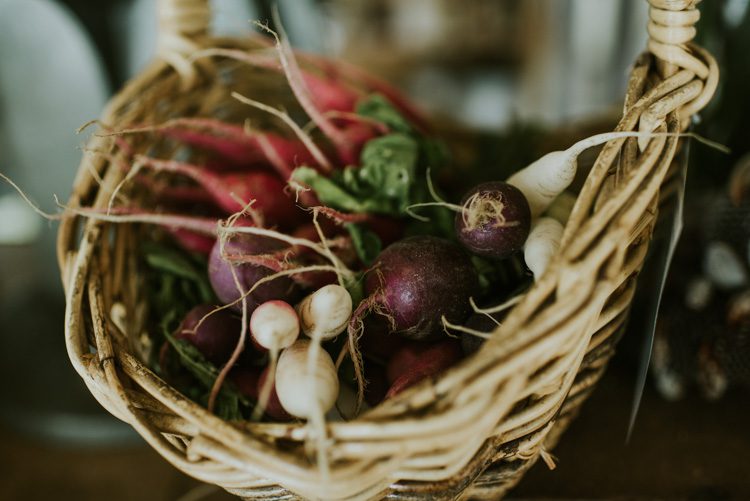 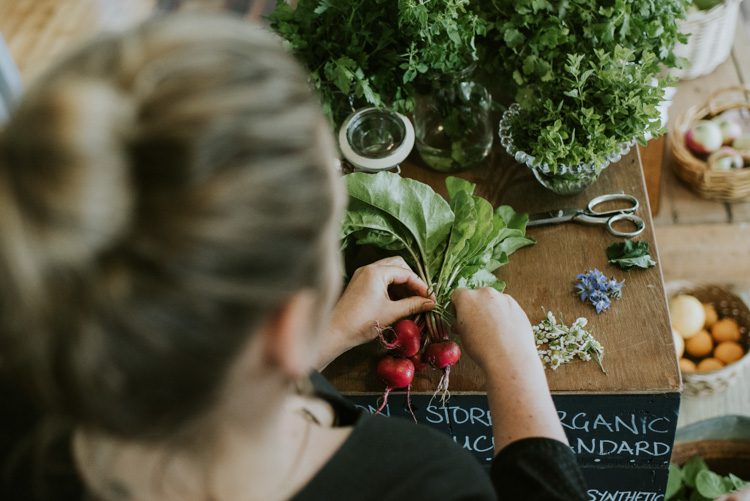 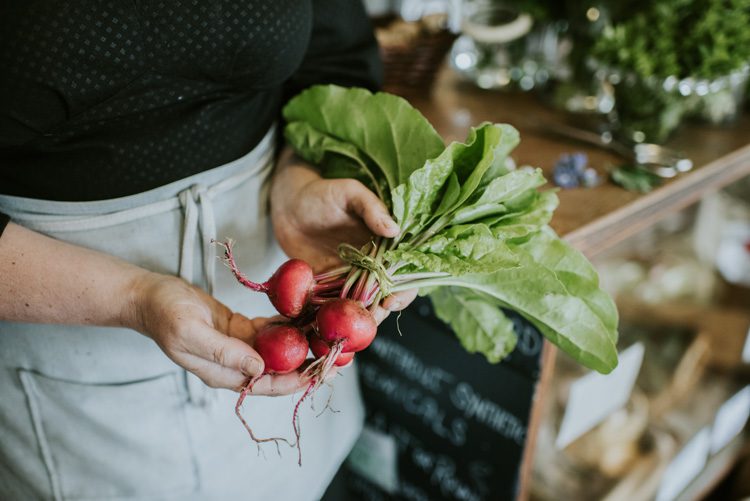 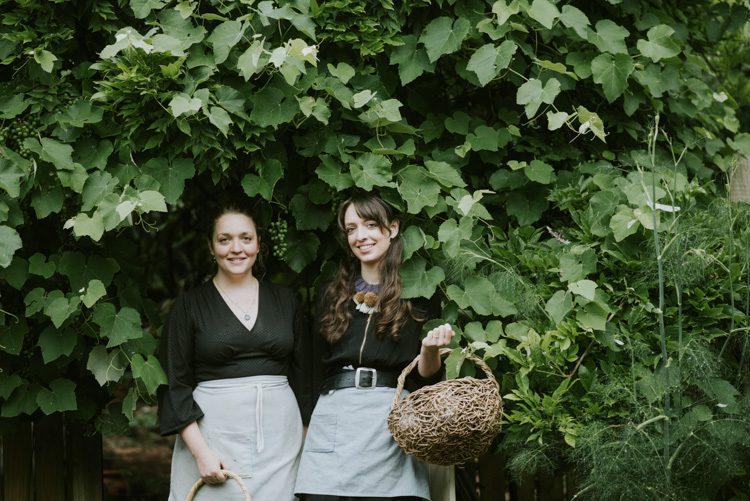 In creating something that is new and familiar, respectful of its heritage and focused on the future, Lyttleton Stores has helped make connections and create opportunities for the local community. Jacinta explains that this generous benefit is a remarkable feature of living in the Blue Mountains. “It attracts people who want to be here, or feel like they have something to be here for, and then somehow you naturally connect up with other like minds.”

While Pantree and Atelier are flourishing, Jacinta and Nina are focused on bringing the full physical and philosophical potential of the project to life. In addition to the continued development of the garden and workshop space (Preserve), a kitchen is under construction that will eventually be used to create food and goods for the store. Having all five spaces activated and working together is the ultimate goal for the sisters. In this, Lyttleton Stores is much more than a general store. It is the embodiment of a constantly evolving discourse about ethical practice and a vital polestar for the local community. 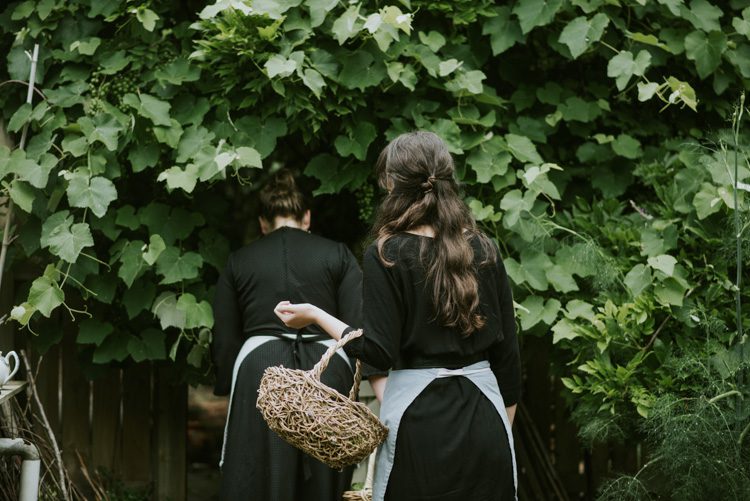