Life in the Lightscoop House

In the little valley between Leura and Katoomba behind the facade of an old weatherboard cottage is a home made by an artist and an architect. The artist, Heidi Axelsen,and the architect, Hugo Moline, live there with their daughter Tove. They call it the Lightscoop House because its new lightscoop draws in sunlight to illuminate the many activities that take place there: drawing and reading, meals and games.
It’s a uniquely beautiful space, reflective of its creators. Heidi has a background in sculpture, with training at the National Art School and a childhood apprenticeship with her father. Hugo studied at Sydney University and, rather than designing for urban sprawl, has sought out charitable and small-scale community work. 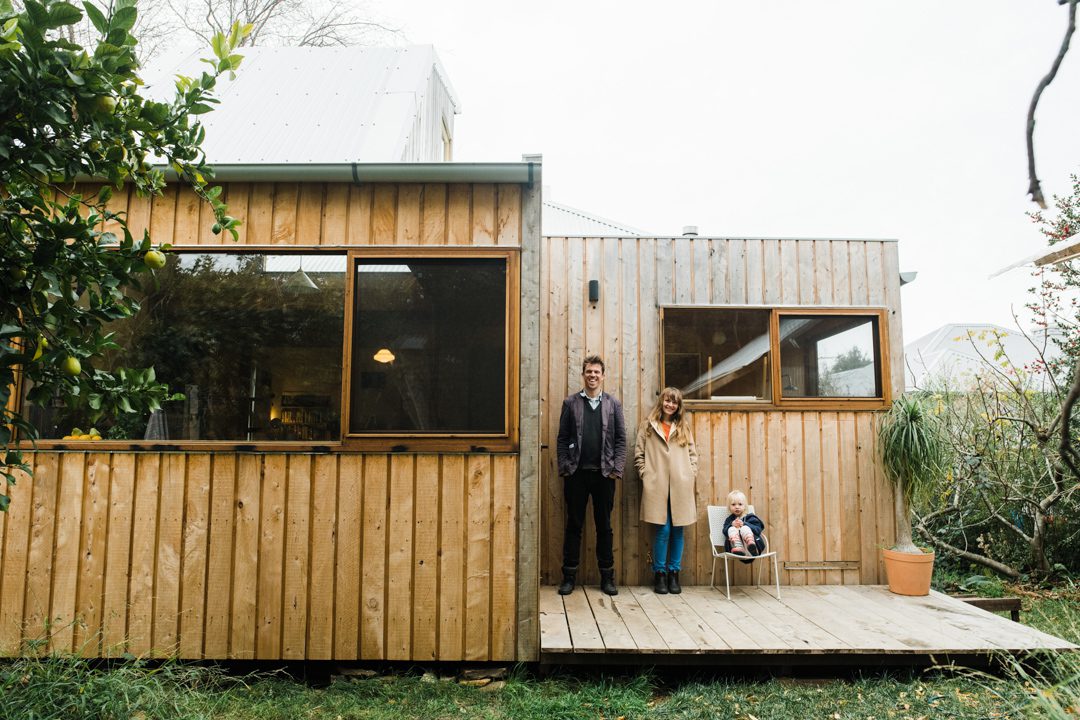 The first project the pair collaborated on was a mobile bicycle campaign in Thailand. “It was the beginning of something,” says Heidi. “We really didn’t know what at the time but it was liberating to escape our art and architecture paradigms, experiment, reorganise and mess up our ways of working and thinking.” After a period living in Sydney, the pair were seeking a place to live that would be supportive of their life as artist parents. The Blue Mountains, where Hugo grew up and a place Heidi first visited when she was a teenager, was it. “I remember visiting and feeling that Katoomba was mysterious with an old ruin-like quality in parts with so many layers of time buried under sandstone and bitumen,” says Heidi. “I also remember feeling very cold which I still feel living here!” 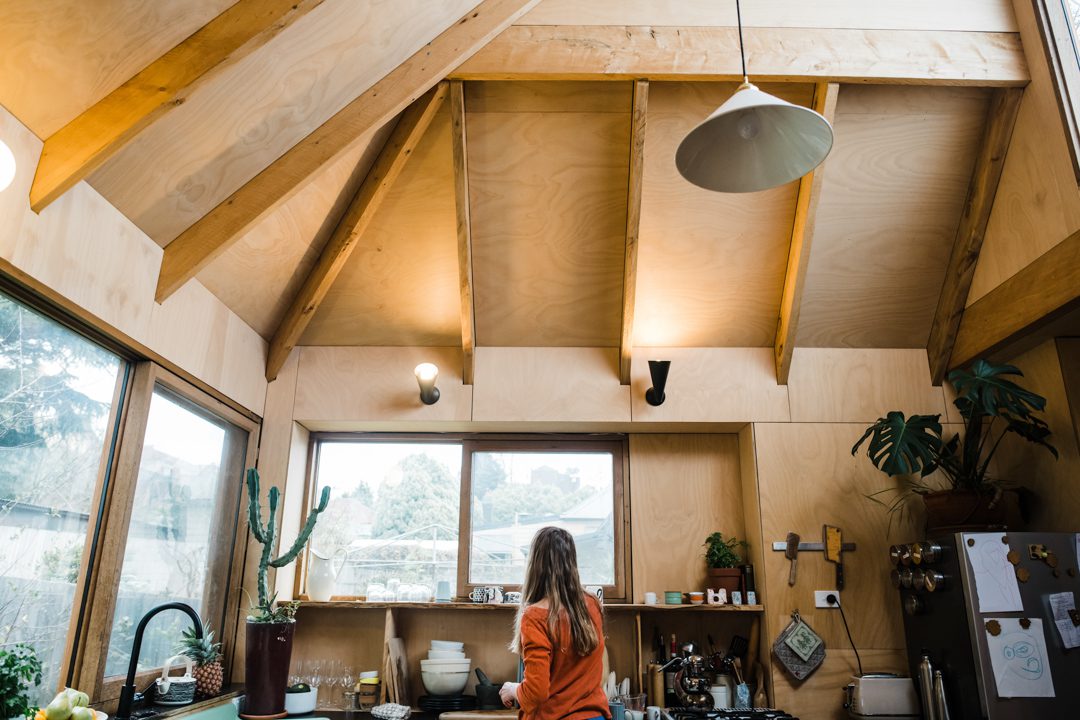 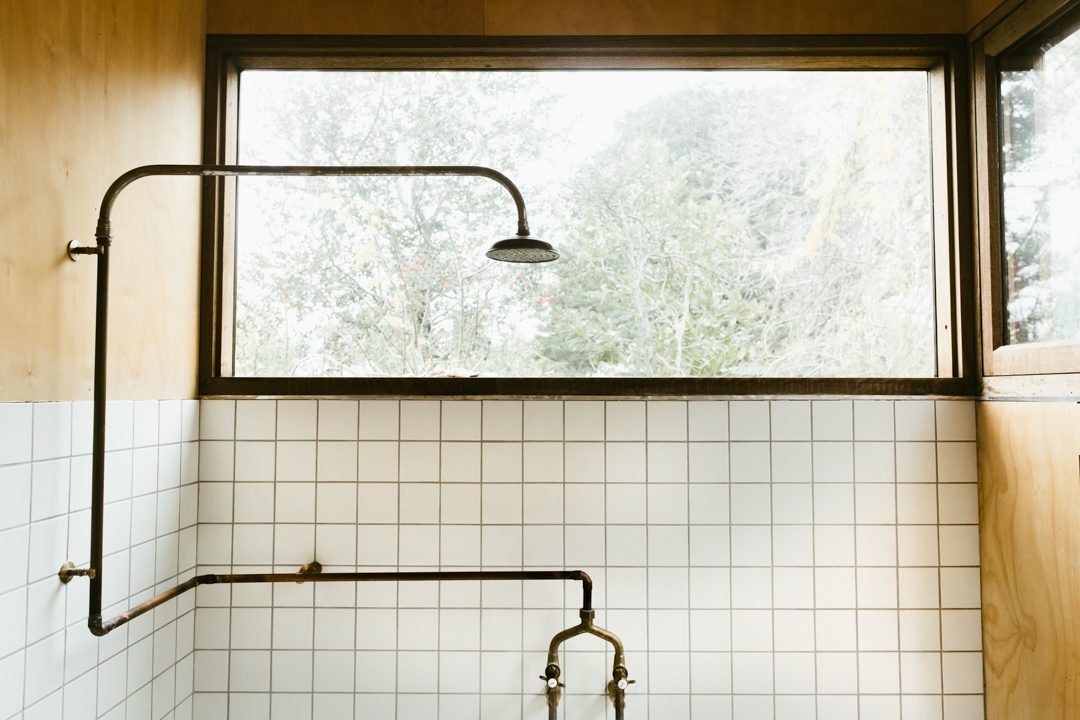 When they found their home and their builder, David Tooher of T & C Projects, it was important that whatever work they undertook was sensitive to the existing structure. “This is an attitude I think we have developed across our architecture and art practice too,” explains Heidi. “The first stage is always to learn what is already working, what is special or beautiful but maybe out of sight, and rather than displace or recreate it, just give it some support and added strength.” While, according to Heidi, the work of a house is never finished as there is always something that requires care or maintenance, the house is now fulfilling their dream of living a better, more connected and fluid life. 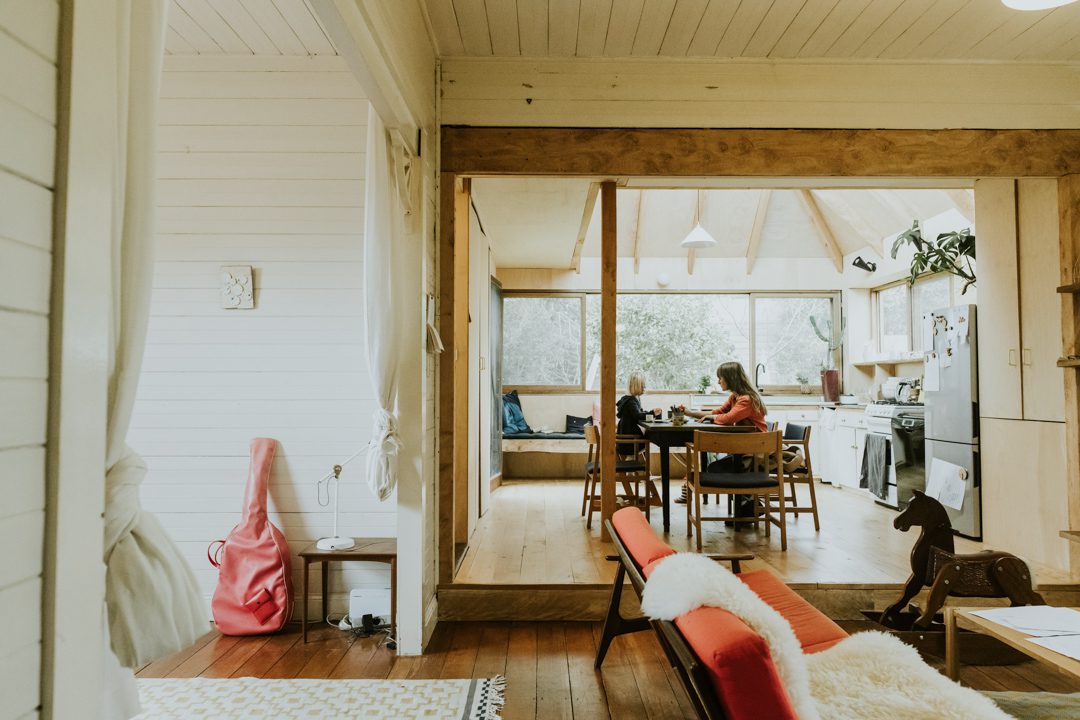 Hugo’s design respects the existing house but also catches the northern light with the lightscoop. It sits behind the existing house, pulled back enough to introduce a high north-facing window to draw in light and sunshine. 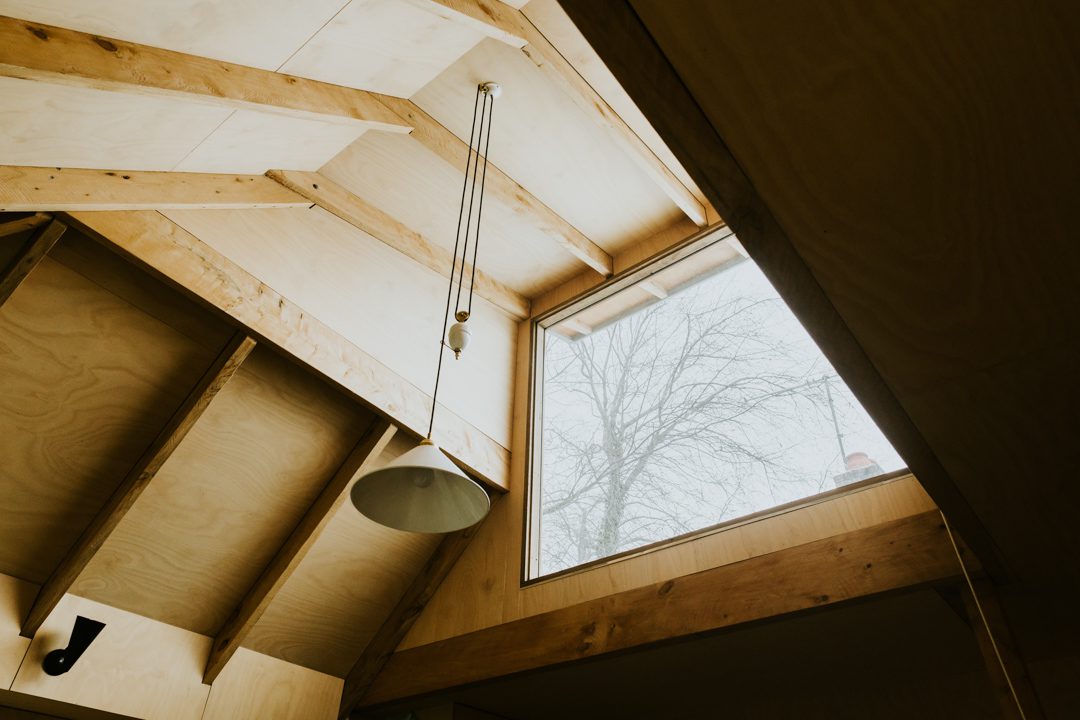 “The old part of the house has a beautifully simple design with one window per room, but somehow the sun was never in the right spot at the right time,” says Hugo. “The lightscoop is a bit like a little sister to the old house, peeking over her shoulder and now, in the middle of a winter’s day, we can sit in direct sunlight on a daybed.” 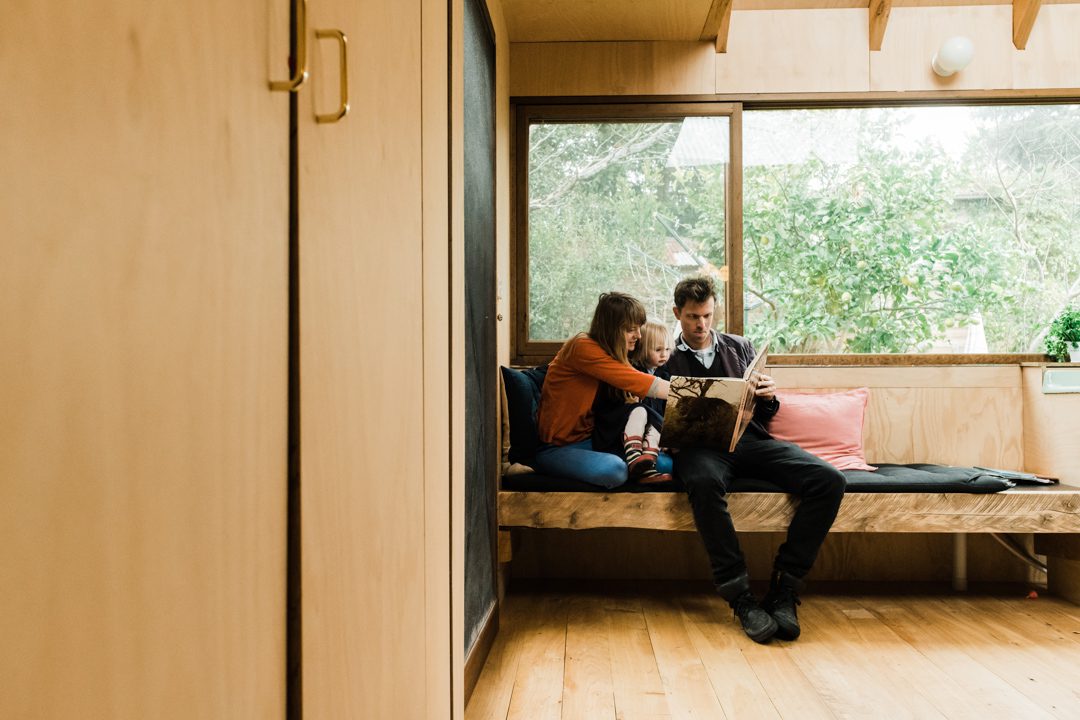 It was important to the family to use sustainable and low-embodied energy materials. Hugo sourced rough-sawn planks of rescued macrocarpa timber from Victoria and finished the floorboards and cladding himself with the help of his brother.

“It was liberating to escape our art and architecture paradigms, experiment, reorganise and mess up our ways of working and thinking..”

Click here to read more about Heidi and Hugo’s projects.