Painter, printmaker and designer Julie Paterson, is living the old idiom of ‘second time lucky.’ After a long spell of shuttling between Randwick and the Blue Mountains, she has now settled here full-time with her partner, writer and storyteller Amanda Kaye.

“I became focused the moment I got here twelve years ago,” she says, “I do work hard anyway, but here I am focused and measured and calm. I can just keep going and going and going, whereas in Randwick, it’s more frenetic – stopping and starting and getting distracted. Up here, I produce so much work.”

Her design and fabric-printing business, ClothFabric, features designs inspired by the local landscape, printed in small batches by hand in a shed in her backyard. What on the surface might sound like a small lifestyle business is actually a significant Australian design success story – over the last 20 years, Julie has created innumerable collections, sold through her former retails store in Darlinghurst, and now through Ascraft in Sydney and Melbourne, and has been featured in publications such as Habitus, House & Garden and Country Style. To cap off her anniversary year, Julie published her first book, ClothBound – a beautiful artifact that showcases her creative process and the story of her work to date.

Amanda’s early relationship with the Mountains may feel familiar to many Sydney-siders – “It’s the place Sydney parents drag their children,” she notes, “Our family would come up for holidays when I was a little kid. We’d always go to Scenic World, go down on the Cable Car and come up the Scenic Railway. We thought that was the bomb!” 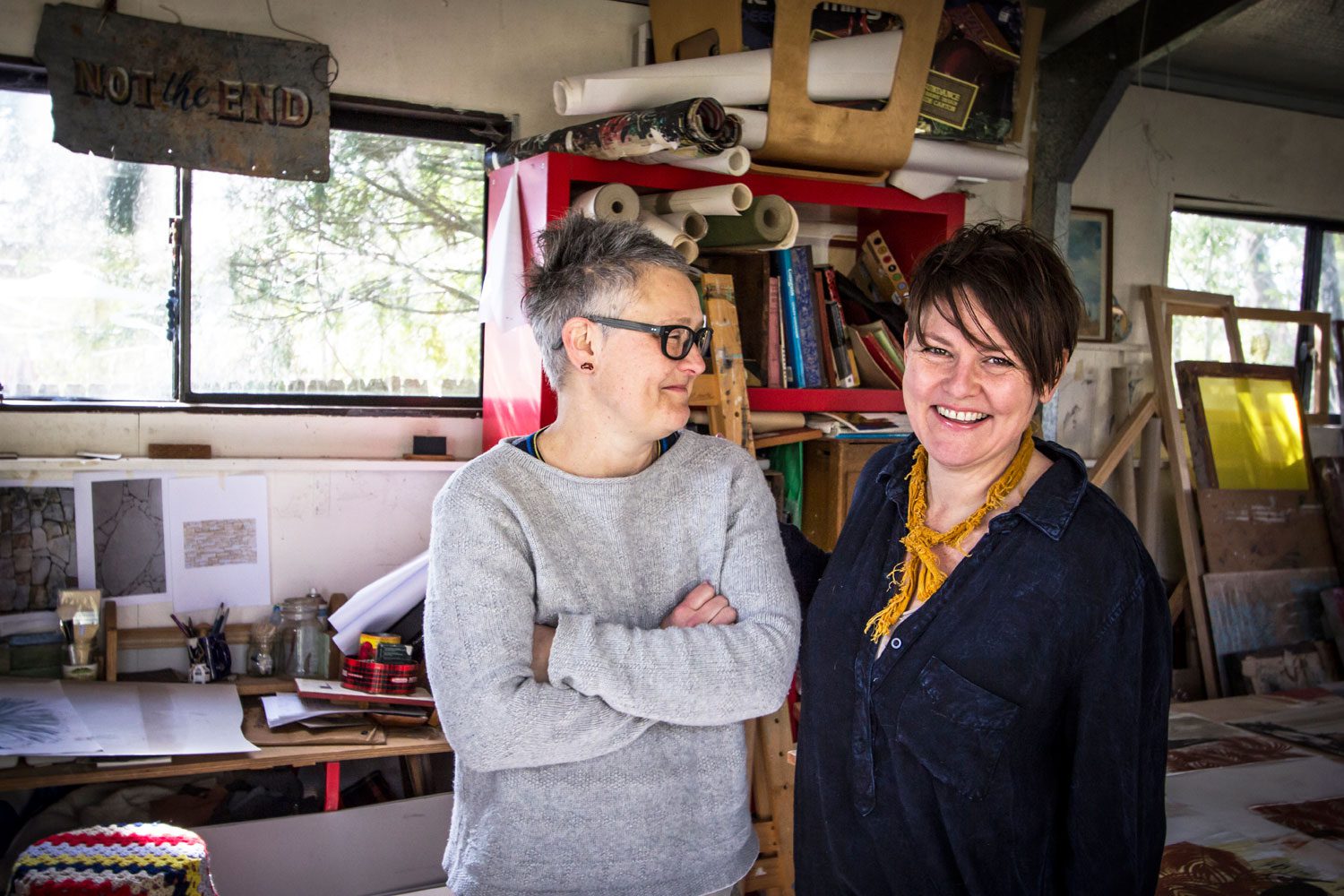 She later started to come to Blackheath as a student – visiting Federation Gardens almost every year for the last 25 years, co-incidentally located directly across the road from Amanda and Julie’s new house. The escape route that the Mountains offer became increasingly attractive as her life went on. “I was sick of my job, and wanted to change everything. It was a total reboot. I wanted to be away from the city.

“I was living in Tempe, literally living in a shed between the Princes Highway and the airport. I could sit on my back patio in the tiny, little square garden that I had and look at the orange glow of the airport lights in the sky and smell the AB gas. There’s a romance to that, but this is a very different feeling. You can come here and you look at the stars, and the physical environment and be amongst the quiet of it all – relish the lack of the city’s relentless pace.”

Julie and Amanda’s lifestyle and homestead are clearly deeply cherished. So much so, that they decided to articulate their values in The Imperfect Manifesto – a document they created one sunny Sunday, which underpinned the positive changes that were happening in their lives. “Everyone is born creative,” it begins, “and every day is an opportunity to perform a creative act…When we are brave, our life expands, risk is what transforms us.” Beginning life of giant sheets of paper scrawled with crayon, the Manifesto is now available, printed on a Japanese furoshiki cloth, through Julie’s online shop.

The creation of the work, and its translation to a work of art in and of itself, feels rightfully ritualistic – an aspect of life that Julie and Amanda don’t shy away from.

“Every time there’s the full moon, we gather friends and go down to Govett’s Leap. When the moon comes up over the valley, you can see all the strata in the rock and the colours change. When we stand there, we’re hanging out in the same spot where Charles Darwin stood in 1836. That’s where he recognised that the earth was really old – a thought that he translated twenty years later into On the Origin of Species…So that place informs the way the entire world understands itself. Every time I go down there I’m moved by that experience – it’s astonishing.”