Jenny Kee is a cultural icon known for her vibrant fashion and art that celebrates the Australian landscape and shaped our culture.

Born in Bondi, Kee spent much of the 60s pursuing life and art in London, but returned to Australia in 1972. What was initially intended to be a brief holiday, ended up as a permanent move home as Kee explains: “almost as soon as we stepped off the plane, we could just sense an energy”. The air was electric with hope and optimism, which was infectious. “There was just this tribe of people, expatriates, who had gone to London and New York and Paris in the ‘60s and they were all returning, seven years later, feeling like us”.

A short six months later, Kee had established her fashion boutique Flamingo Park in the Strand Arcade and her creative collaboration with designer Linda Jackson was blossoming into a bold exploration of a national fashion identity. “We were twin souls. Sydney did not have that style that London had, and so to find a kindred spirit in Linda, who’d been travelling all through New Guinea and Paris (she sort of went east while I was completely immersed in the west), in London. We came together with an explosion of creativity. We didn’t sort of plot and say ‘we’ve got to start this Australian thing’, we just used to come up to the mountains to get air, and breathe and experience beauty and the bush. And the more we came up here, the more we got enchanted with the nature of this place.” 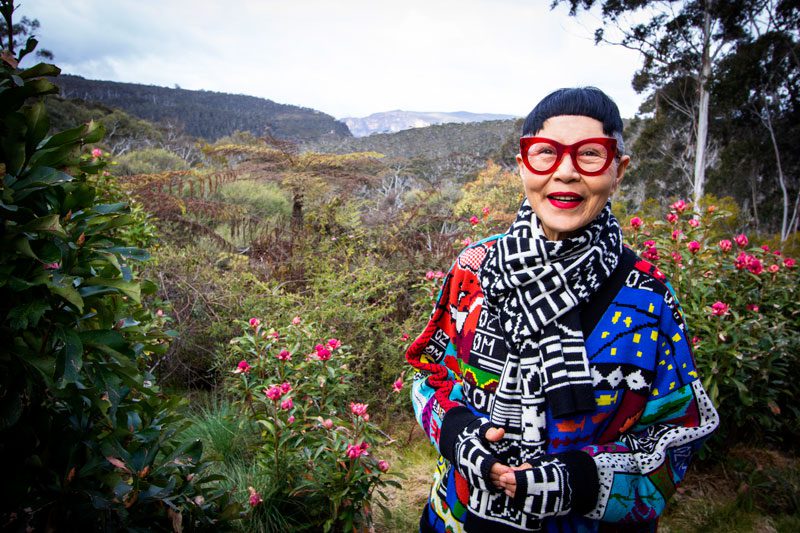 Kee reflects that this was prompted by a romantic dream “to have a lifestyle where one could breathe and be creative in a most exquisite and natural environment. I fell in love.” And this adoration for the natural world of the Australian bush has never left her. “This has been 40 years of love for this country.”

Kee’s home in Blackheath, set high on the ridgeline overlooking the Grose Valley (within the Blue Mountains national park), is laden with Waratahs, her totem flower. Her gorgeous home built with recycled materials nestles into the landscape of the native regeneration she has nurtured into her garden.

Reflecting on her 40 years lived in the Blue Mountains; Kee says that she has seen many different groups of people come and go, each bringing a unique energy. For her, this continual flux keeps the community invigorated. Three recent arrivals are Kee’s daughter, son-in-law and granddaughter, the latter of which is quite taken with her new surrounds. “She breathes the air and she says ‘clean air’. And she does it as a pure little girl that really knows that the air is different,” says Kee.

Perhaps the most inspiring ambassador for the Blue Mountains, if not Australia, Kee muses on the pleasure and awe she feels every day living in such a magnificent and dramatic part of the world.

“This is a quality of life that is so extraordinary. We have got the most beautiful air. We have got the most beautiful landscapes. We have got an ancient valley out there that is 350 million years old. We’ve got the ancient flower, the Waratah, that is 40 million years old – it goes back to Gondwanaland…That’s extraordinary. We’re living on a precipice of ancientness, and everyday I look out there and every day I feel blessed as I sit and do my Buddhist practice…I feel humbled by living here. I’m part of the bush, and the bush is part of me.” 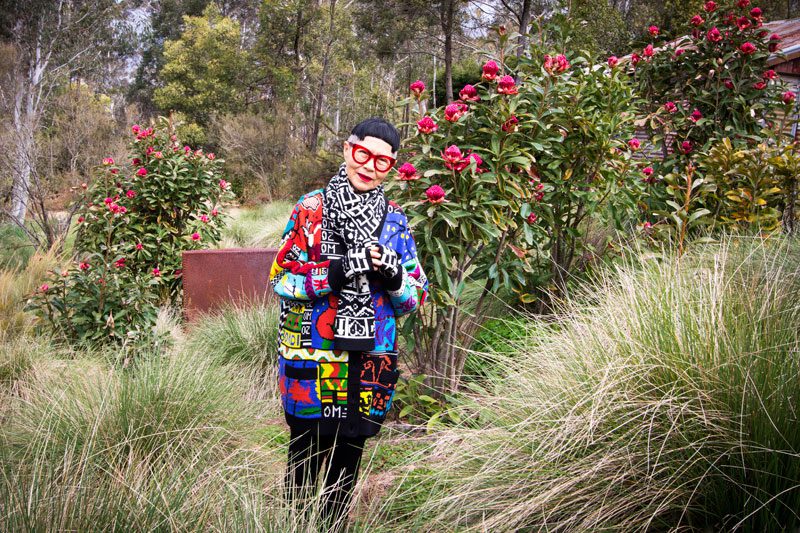