Born and raised in Katoomba, Justin Hunter, aka Em Flach, tells Lisa Finn Powell about how he went from being a piano-playing tradie to an international recording artist. Artists have been known to find their creative influences in many different ways. For Justin Hunter, a musician, producer, photographer and adventurer, it comes down to one strong belief: the value of embracing home. He was born and raised in Katoomba but regularly visits Zeist, the area near Amsterdam, where his family comes from. “I go there every other year to see family,” he explains. “I have 44 first cousins, half of which are musicians and the rest are photographers.” Em Flach was the name of his Oma (Grandmother). She lived in the Netherlands where his Opa (Grandfather) worked for the Dutch resistance against the Nazi regime. He was a master forger of nearly 2,000 passports. 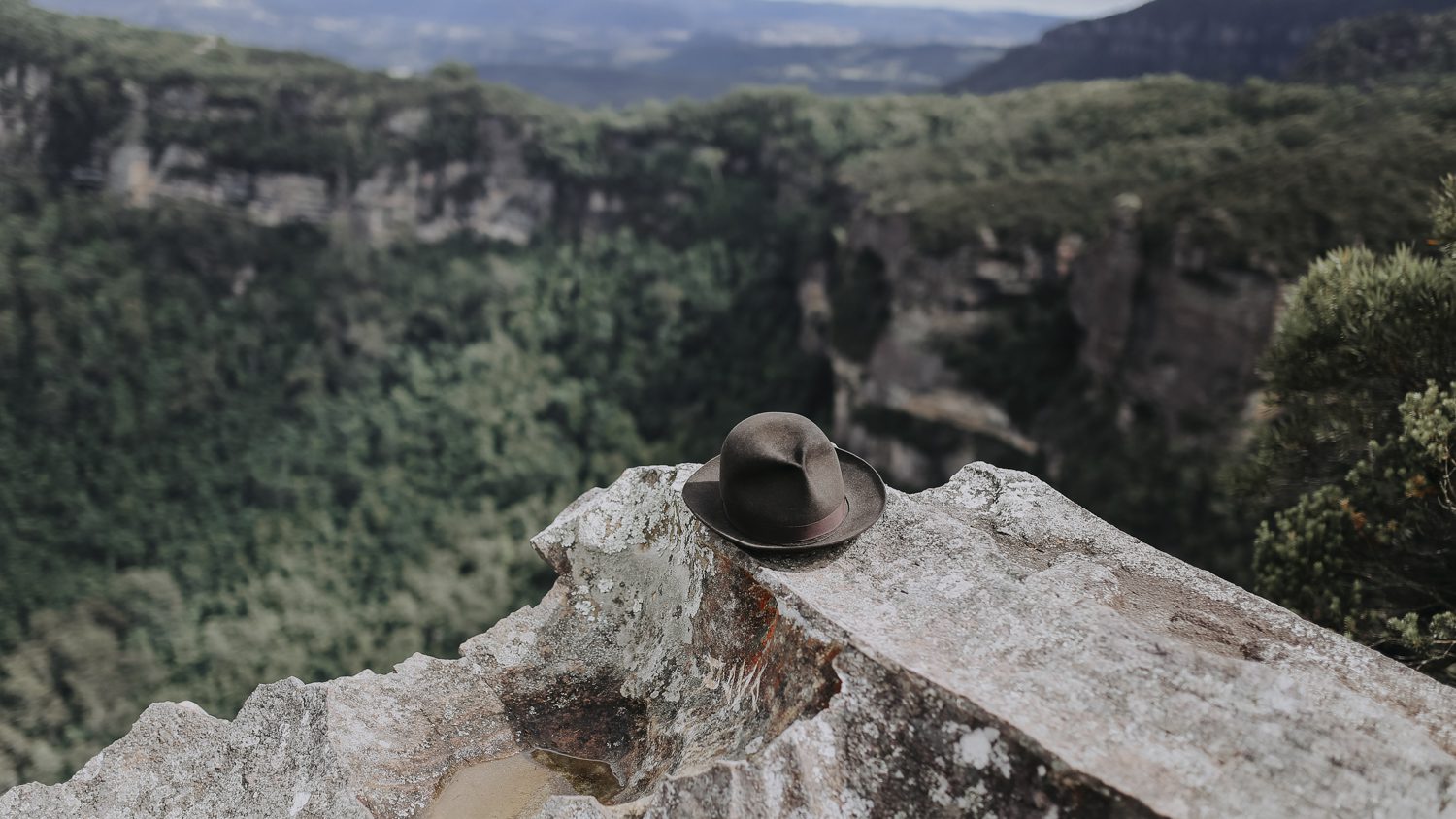 A harrowing family story tells of an afternoon during World War II when his Oma, heavily pregnant with his mother, walked a long distance into town for food. She was tracked down and shot at by a German pilot and hid behind a tree for cover as the bullets fired all around her.

Amazingly, she made it back home alive. Using his Oma’s name was important to him. “I wanted to give credence to my grandparents. I wouldn’t be here without them,” he says. 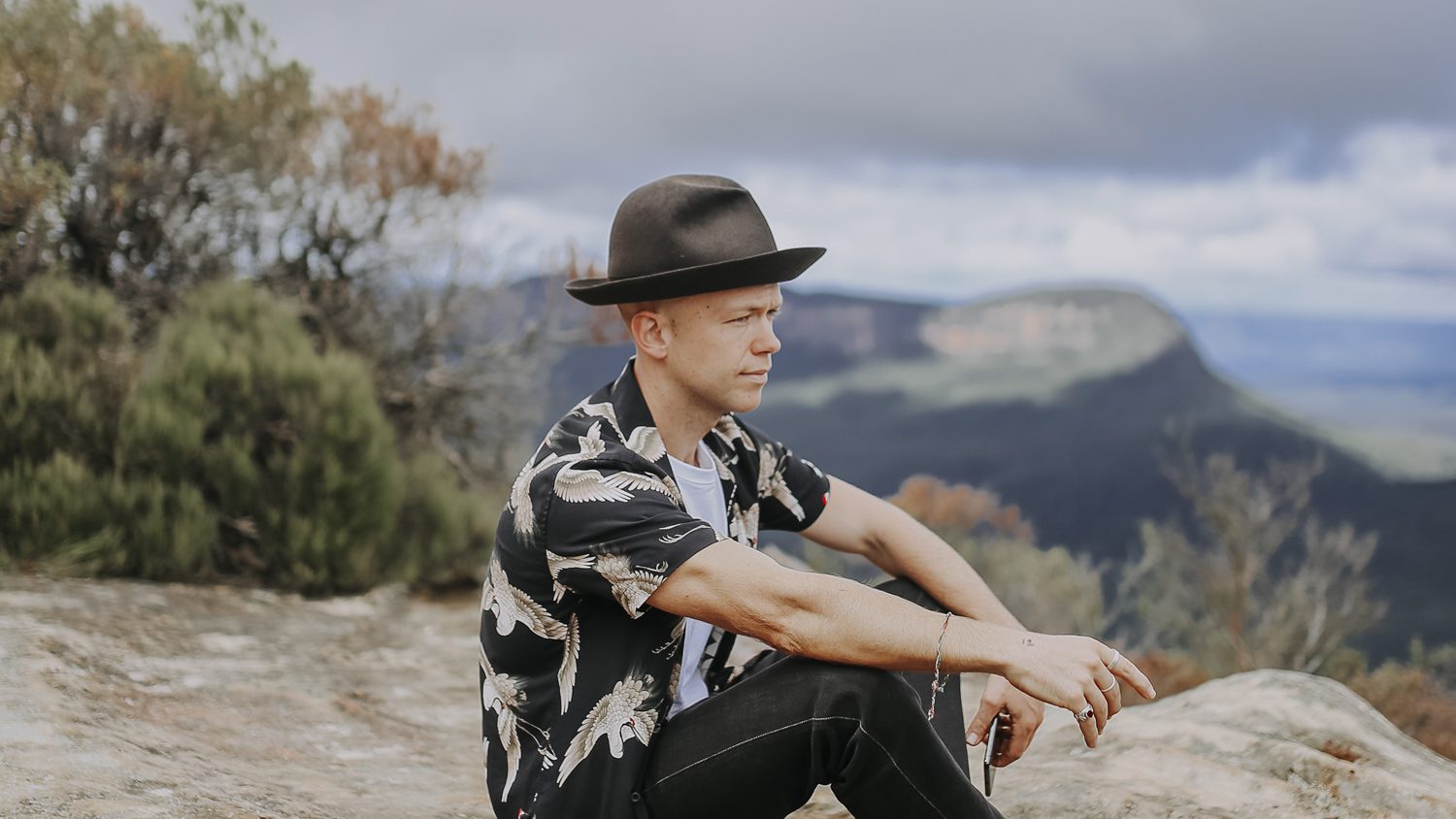 While creativity has been passed down to him naturally, it seems that resilience and ingenuity are also prevalent qualities. In 2004, while working as a tradesman and with no backing of a label or management, Justin recorded and released his first solo instrumental piano album titled ((sip)). He printed 400 copies and then hit the streets, travelling all over the mountains, walking into offices and shops trying to convince owners to give him $20 for a CD. He sold 80 on that first day and then worked his way along the coast as far north as Brisbane and south to Melbourne. Eventually, that number skyrocketed to 50,000.

Serendipity stepped in one day when a music industry professional happened to be getting a massage and heard Justin’s soothing piano sounds being played over the spa’s speaker system. This led to him being signed at the age of 23. 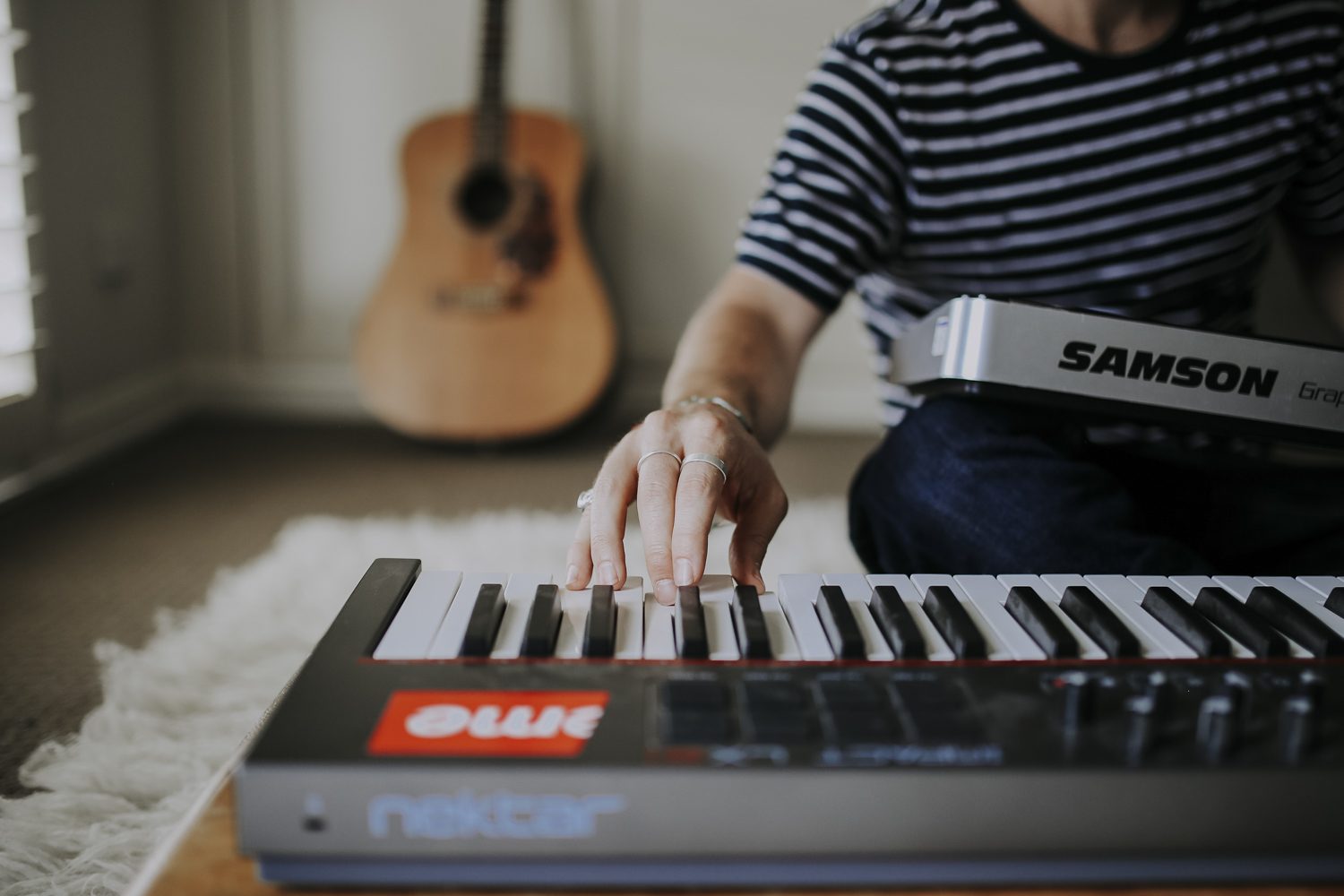 These days, he has a musical spectrum that ranges from Justin Hunter’s expansively peaceful piano melodies to the chill hip hop beats of Em Flach. This diversity landed collaborations with artists in Japan, the US and Australia. He made an appearance on triple j’s Like a Version with Perth musical royalty Ta-ku and Wafia, and has represented various fashion labels including Tokyo/Paris based Comme des Garçons. 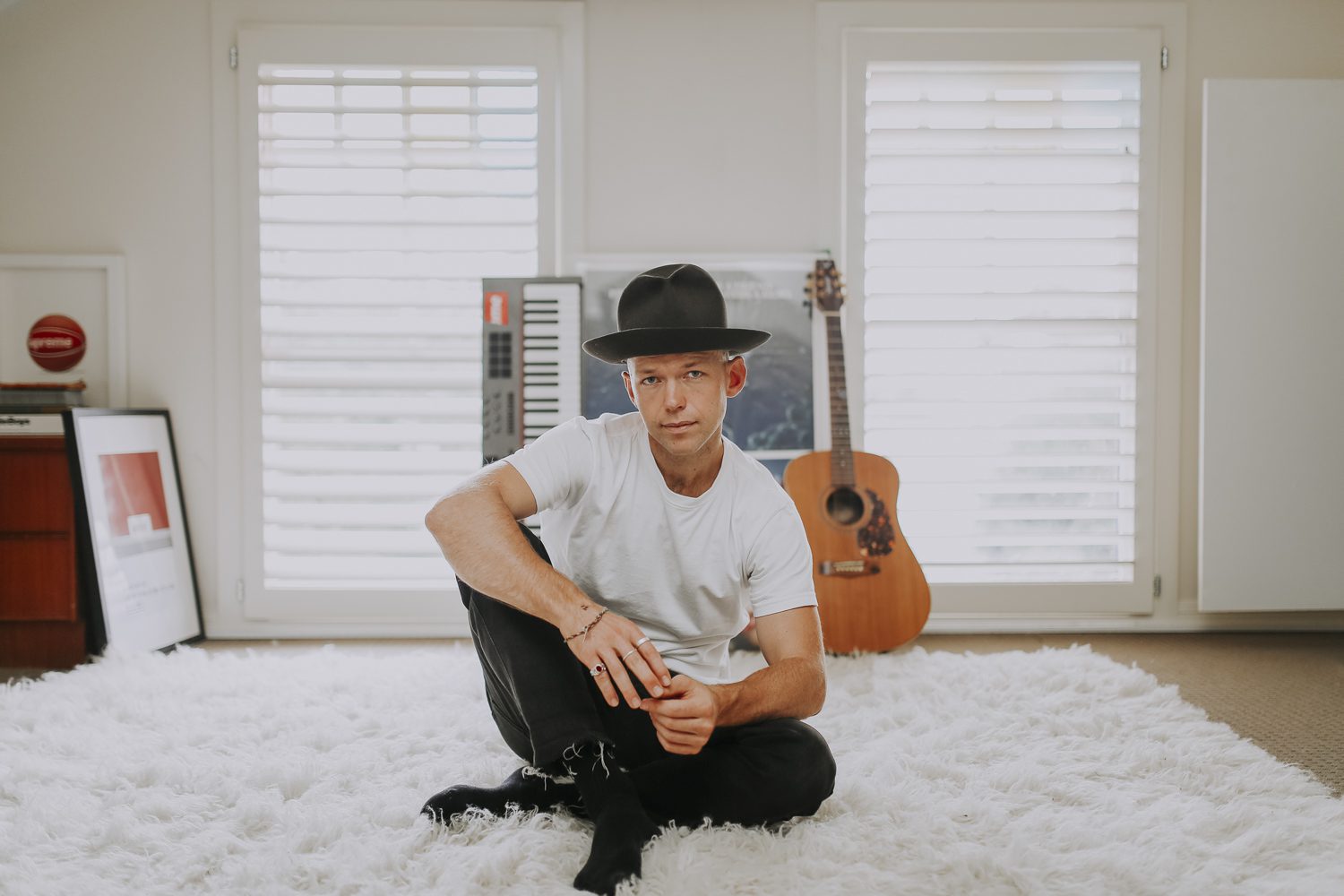 These successes weren’t easy to come by with the critical element being how to stay motivated in the midst of the inevitable rejections and financial stresses that plague artists struggling to make a non-traditional living. “Having no motivation is the disease of dreams,” he says. “You’re gonna get nowhere unless you have it.” He knows how hard it can be to carry on in spite of these knockbacks. “You gotta remain positive, passionate and focused, and you have to have that day in and day out.” 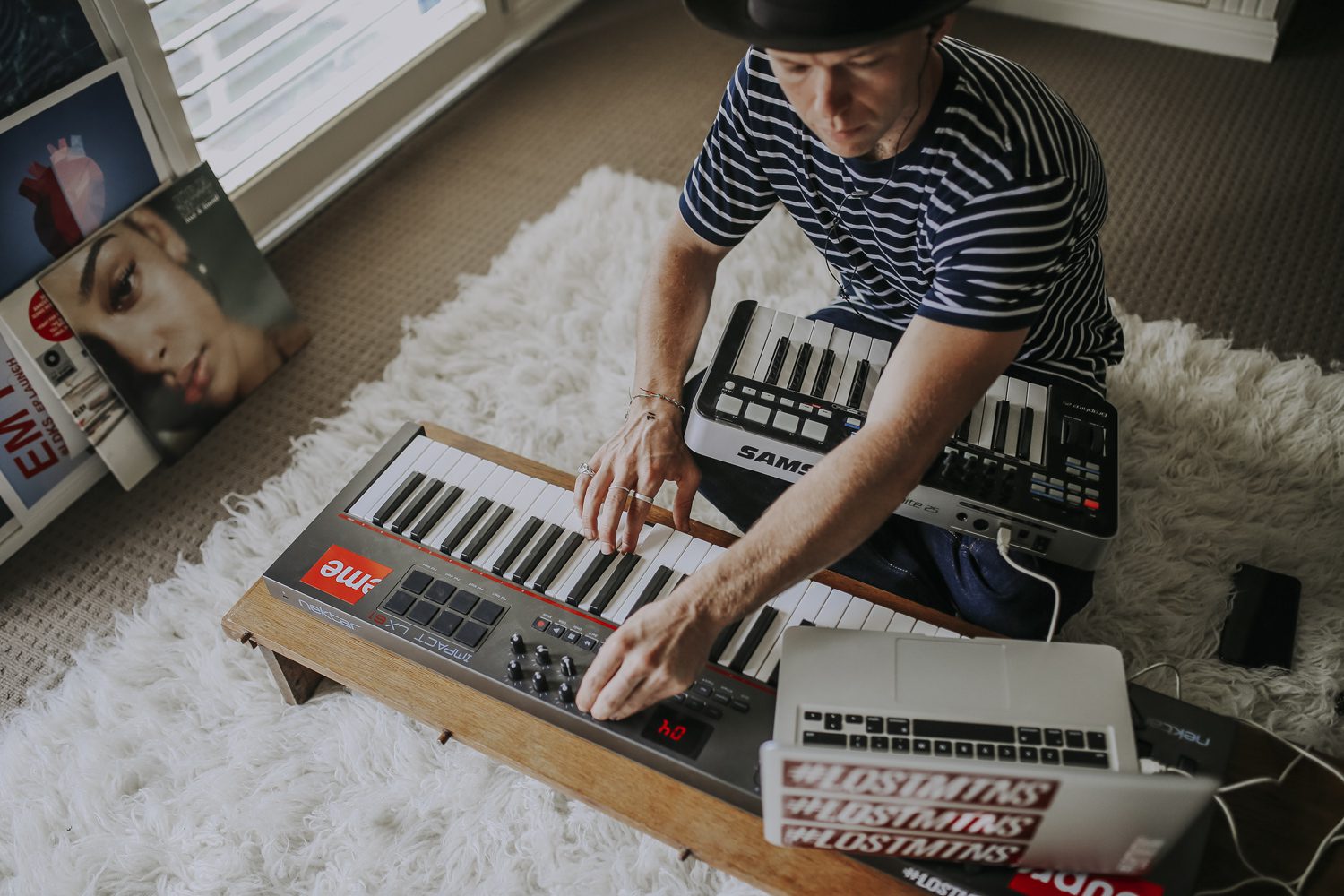 One of the ways he draws inspiration is by taking full advantage of living in the mountains. His running app is proof of that, with a current tally of 3,300 kms and counting. 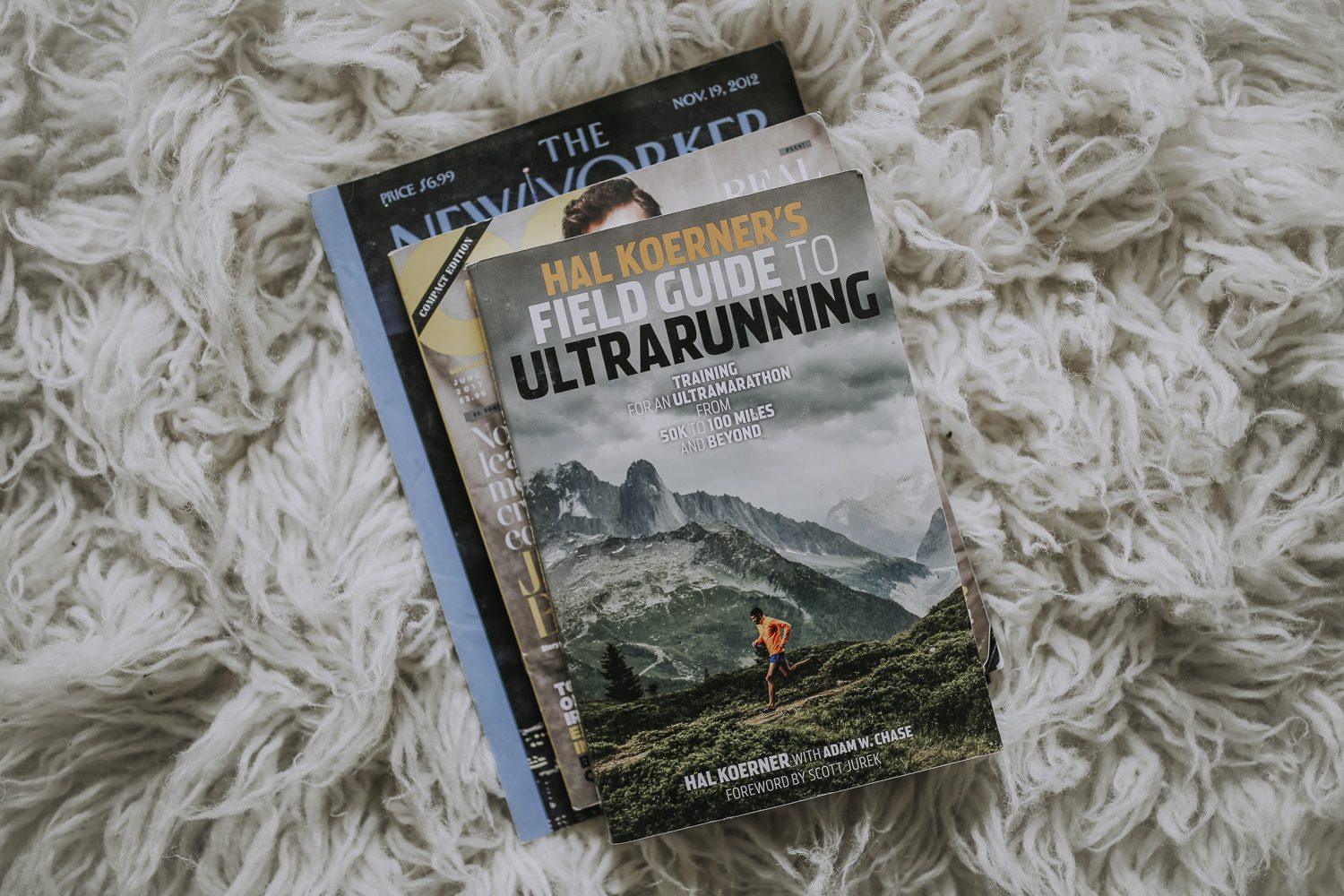 “I look at the mountains and I feel energised and fully creative and I’m able to express how I feel about my life.”

Justin also strongly believes that the dominant quality in his life and his work is love. “It’s all about the passion and the love. It absolutely reflects in all of your life, how you create and how you treat others,” he says. That’s not to say Justin has had an easy road. Of course, like with most creatives following their passion, there has been struggle. “The four things that keep me going are my faith, the energy and passion that I get from the concept and the reality of love, the mountains and the memory of my grandparents. When I feel like a couch potato, I just think to myself, did my grandfather risk death to save 1,900 Jews just so I could sit here? No he did not.” 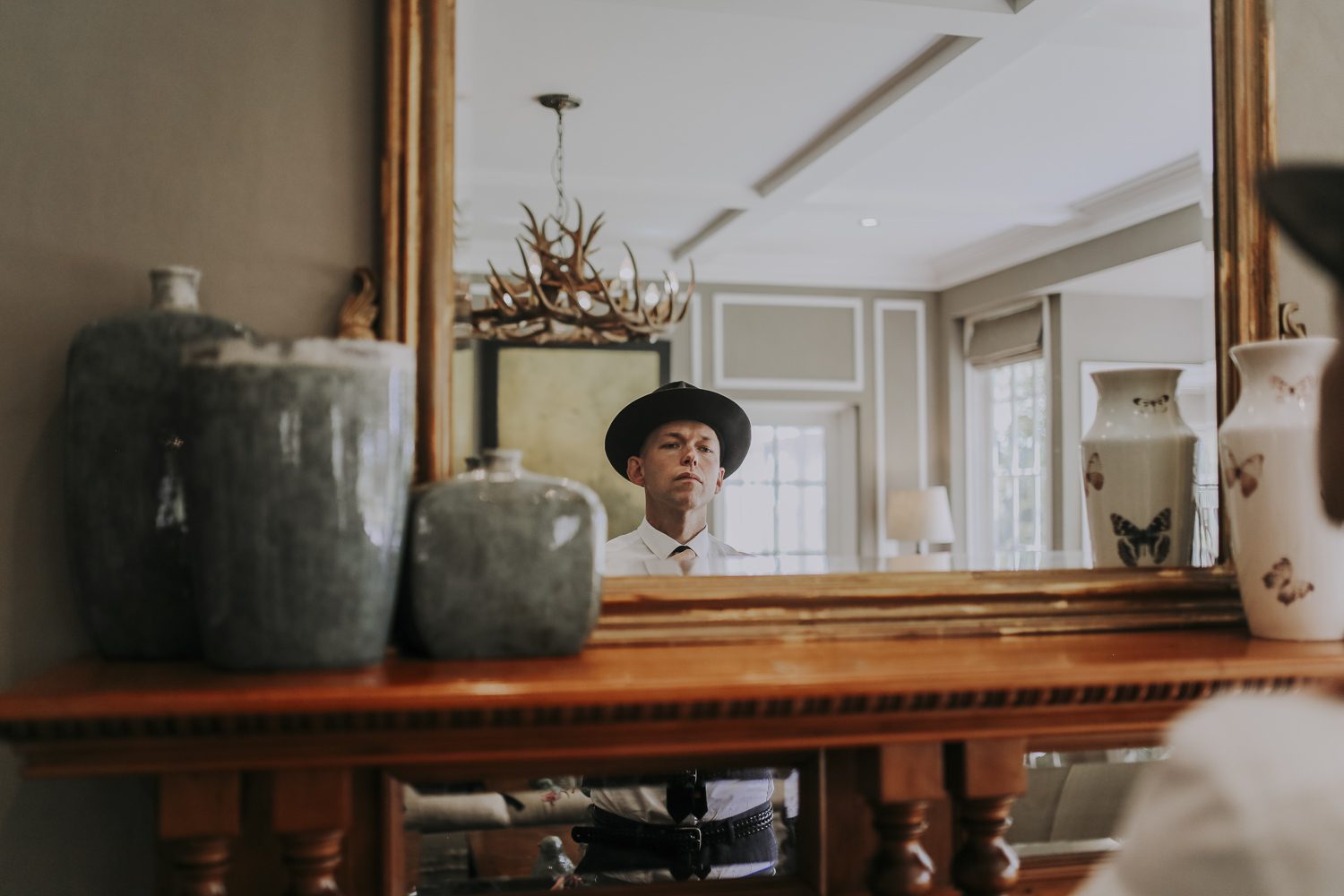 As for the bright lights big city theory? “We don’t need man made stuff. Mount Solitary is our Eiffel Tower. Pulpit Rock is our Opera House and Mount Banks is our Harbour Bridge. Everyone thinks you gotta get to the city, nah, you gotta get to the mountains. This is the epicentre. People that grow up here like me, they leave the mountains and then they come back,” he says. 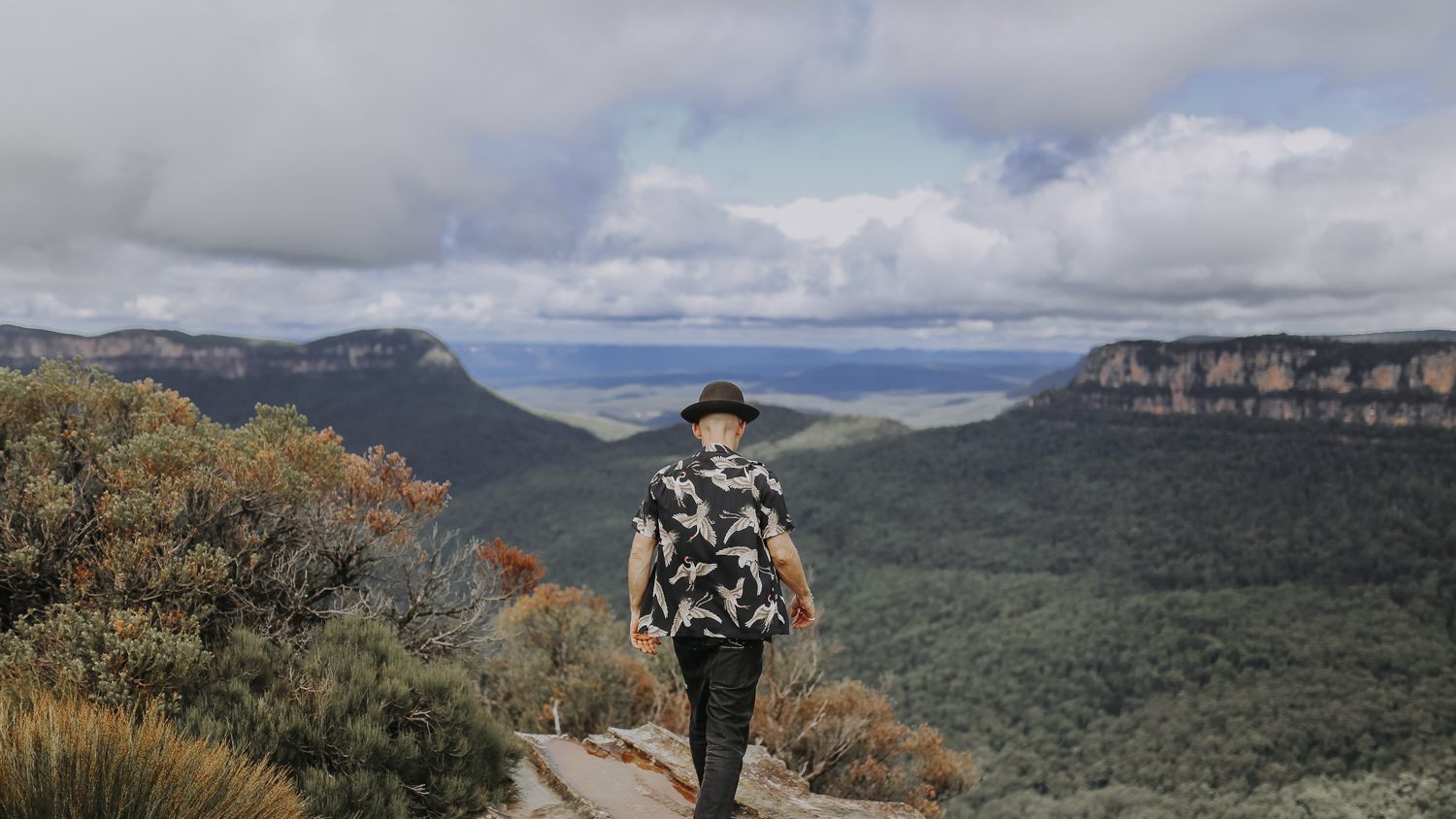 Em Flach will be touring Amsterdam, Sweden and L.A. later this year. The first single from his newest EP Planet Melrose is out mid 2019. Find Em Flach on Instagram or listen on Spotify to follow the latest releases.