Damion Hunter’s journey to the Blue Mountains began 5049 kilometres away on the other side of the country. Born in Karratha in the Pilbara region of Western Australia, it was his profession as an actor that brought him to Sydney, but love and family that drew him to his current home in Katoomba.

Growing up in a community dominated by mining, Damion’s first taste of acting was in Year 8 with a part in the school play. While he initially embraced the fact that drama helped him avoid certain subjects at school, it was the alternative world that theatre opened up to him that really struck a chord. “The experience of being part of the theatre world was fun and I got to meet lots of interesting and unusual people, and I suppose it beat getting my head kicked in at footy training instead.”

Following high school, Damion began his training at the Western Australian Academy of Performing Arts (WAAPA) and was subsequently accepted into the prestigious National Institute of Dramatic Art (NIDA).

The move from Perth to Sydney also brought him together with his partner, who grew up in Springwood, and starting a family was the catalyst for his permanent move to the Blue Mountains. “Growing up I never moved once, which gave me stability and grounding and I want the same for my kids.” 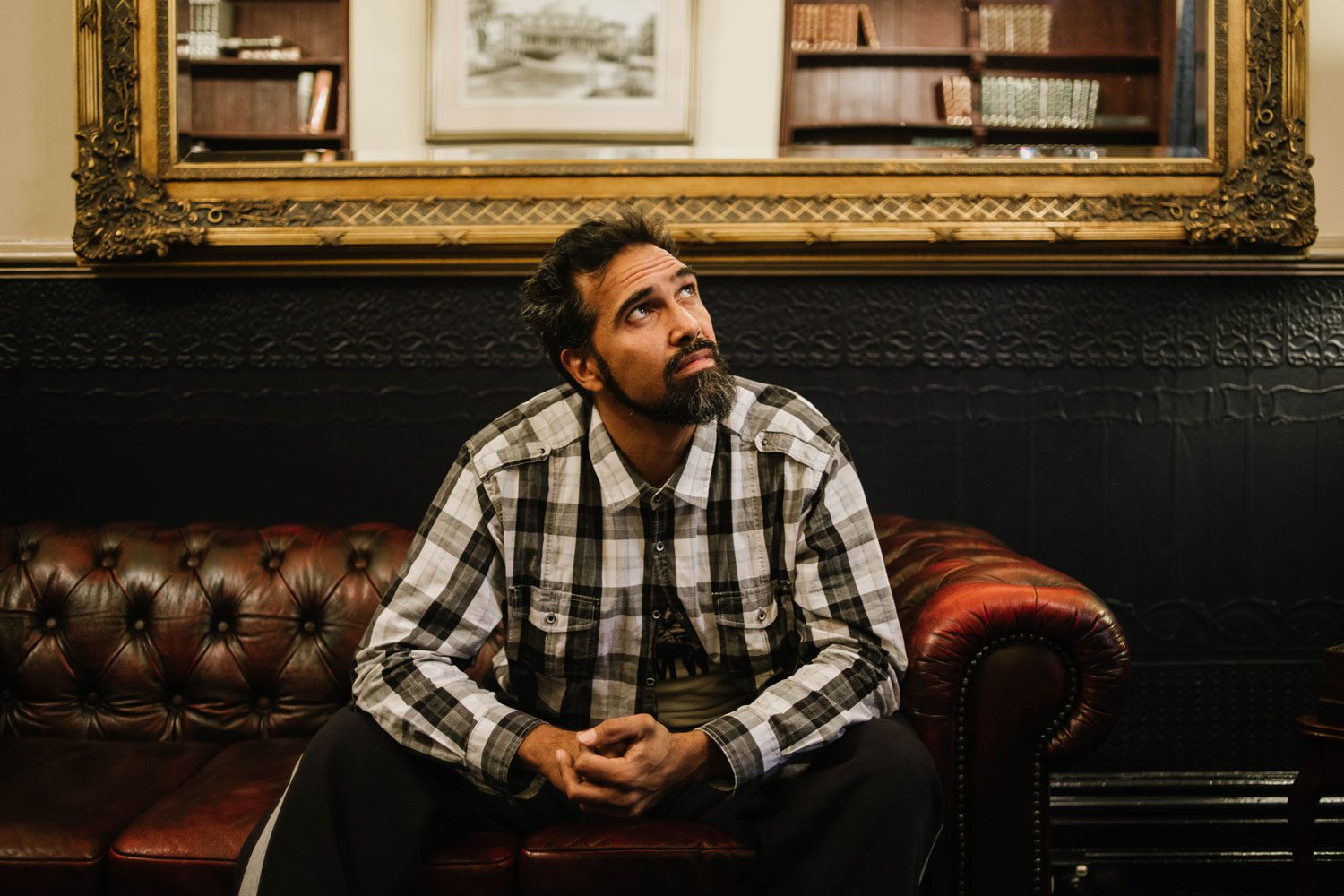 Engaging with the warm and diverse Mountains community and the creative nourishment it provides, Damion has been able to balance both his professional and personal interests. He acknowledged that there was “a strong Indigenous storytelling culture here from the Darug and Gundungurra mobs, and I’ve been lucky enough to work with schools to connect kids with those traditions.”

Fresh off the sets of the hit film Wyrmwood: Road of the Dead and acclaimed television series Redfern Now, Damion is currently writing a screenplay for a feature film set in the Jamison Valley, which he hopes to be able to put into production in the near future. “It is actually based on the ramblings of a hermit I met in the Valley of the Waters when I went walking one day. He had some strange stories to tell about the place, and on my way home I couldn’t help but thinking, what if all that stuff was true? I just started writing after that. It’s since become something very different, only using that experience as a minor part of the story, but that’s where it came from.”