A series of chance encounters brought Caitlin Shearer, Eloise Maree Crossman, and Georgia Blackie together from different parts of Sydney and the Central Coast. Yet despite their diverse personal styles and professions, the Blue Mountains provides a common ground as the three young women share a love of Norman Lindsay, Eleanor Dark, and both the landscape and the art-deco inspired urbanism of the region.

While they are still relatively new to the area, the three had been visiting for many years and enjoyed the indefinable quality of the landscape that nurtured their creative minds. “It always felt different up here to anywhere else I had been. The temperature change was always noticeable. The crispness of the air always stayed with me. As a teenager I just thought it was a bit magic,” says Caitlin.

All three note that the Blue Mountains is a place where they can enjoy the space and solitude it offers, but connect with an artistic tradition that has been part of the fabric of the region for decades. Eloise in particular has delved deeply into the area’s cultural history, which informs her work as a film and photo artist as well as her role as an assistant media producer at the Australian Museum: “When we moved here, I made it my mission to look into the history of the place from an artistic perspective… The former life of the Hydro Majestic is really fascinating to me – but that’s just one aspect of what you can uncover here.” 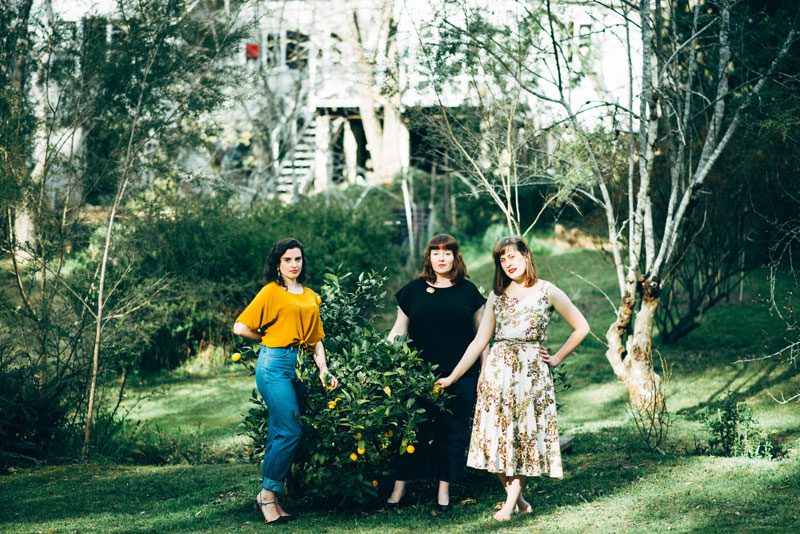 In addition to the creative inspiration that the place provides, there are practical aspects that have helped their careers flourish. The enterprising three now share a house together in Leura, which immediately became a space for brainstorming, making, and building empires.

Georgia notes that before moving to the Mountains, she was having difficulty balancing her personal life, her professional life as a photographer, and her desire to find more time to create. “I was feeling so frustrated in Sydney about not moving forward and not getting enough done, and not being able to commit to my art making. I had to tell all my friends that I wasn’t moving away from them, but that I had to come up here as a commitment to art which I was just unable to make in the city at the time.”

Another benefit has been the physical space available. “We’re getting so much more for the rent that we’re paying – so much more extra space, extra rooms, we have a garage and the garden. I still work in the city though, but now the train journey takes the place of having to do that ‘coming home’ ritual, and separating yourself from work and going into your creative space,” says Georgia. 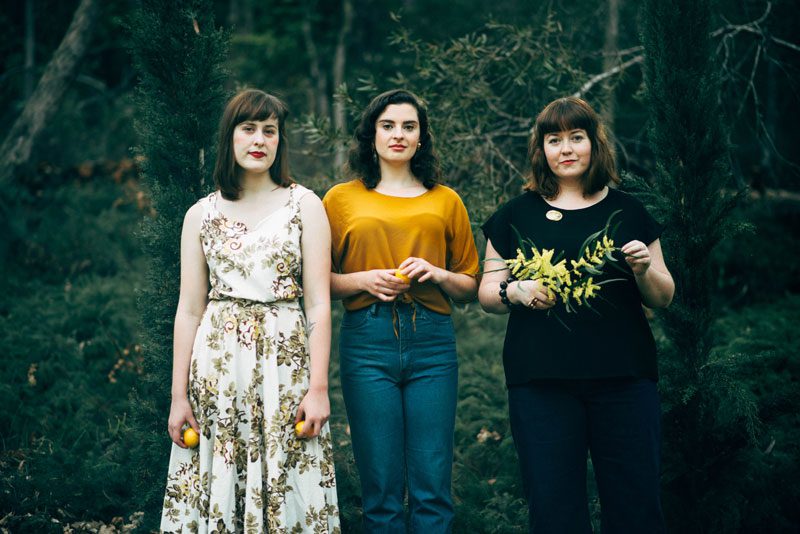 Caitlin also mentions the value of space, quiet, and low overheads as they have helped her transform her work as an illustrator into her own fashion label, Caitlin She. “I’ve had more quiet time here than any other time in my life. Working from home has been a big part of that. It can be isolating to a degree, but that just forces me to make things happen and to make more of an effort to get out, and socialise, and go to Sydney – then you come back here and get back into it.”

Happily for all three, the reality of living and creating in the Blue Mountains has lived up to their romantic fantasies. Their delight is infectious as they recount their experiences of foraging and exploring the natural abundance: “Caitlin made this enormous apple pie exclusively from apples that we found around the neighbourhood. We couldn’t believe it,” says Georgia.

Eloise sums up their feelings: “We decided to move up here because we knew we’d find the landscape here inspiring, and it is, it’s therapeutic, and offers constant inspiration.” 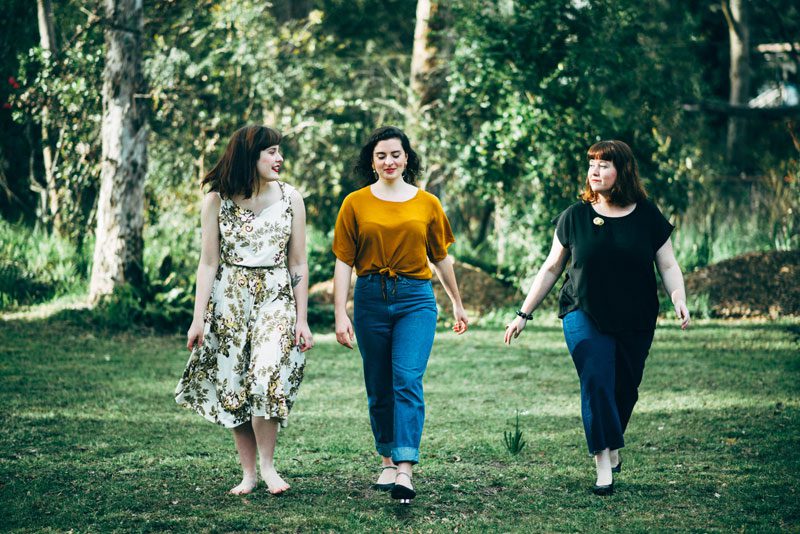