Listening to Martyn Palmer’s work as electronic artist Broken Chip, it’s almost impossible to disassociate its point of origin from the end result. Indeed, if ever there was a call for an official soundtrack for the Blue Mountains, Martyn’s music would be a wholly appropriate choice.

His Broken Chip project began eight years ago, when he woke up with a start on New Years’ Day and made a strong resolution to push his hitherto-unreleased music into the ether. Within hours, his first digital presence – a humble MySpace page – was launched from his bush block in Bullaburra.

While his early work (captured beautifully on Pow Wow Seven on Feral Media) was redolent with brittle beats and vestiges of post-rock artists such as Sigur Ros, his recent music reflects his maturing relationship with the environment around him. In releases such as 2014’s Cold Air, field recordings merge with ambient textures, drones and loops to create perfect moments of calm – all entirely attributable to his decade-long residence in the Mountains.

“Once you’re up here, you just feel removed from it all – you’re no longer in the rat race,” he says. “The air is different. It’s calm, it’s quiet, and it inspires me to do things creatively. I have the freedom to explore whatever I find interesting – the isolation allows me to concentrate.” 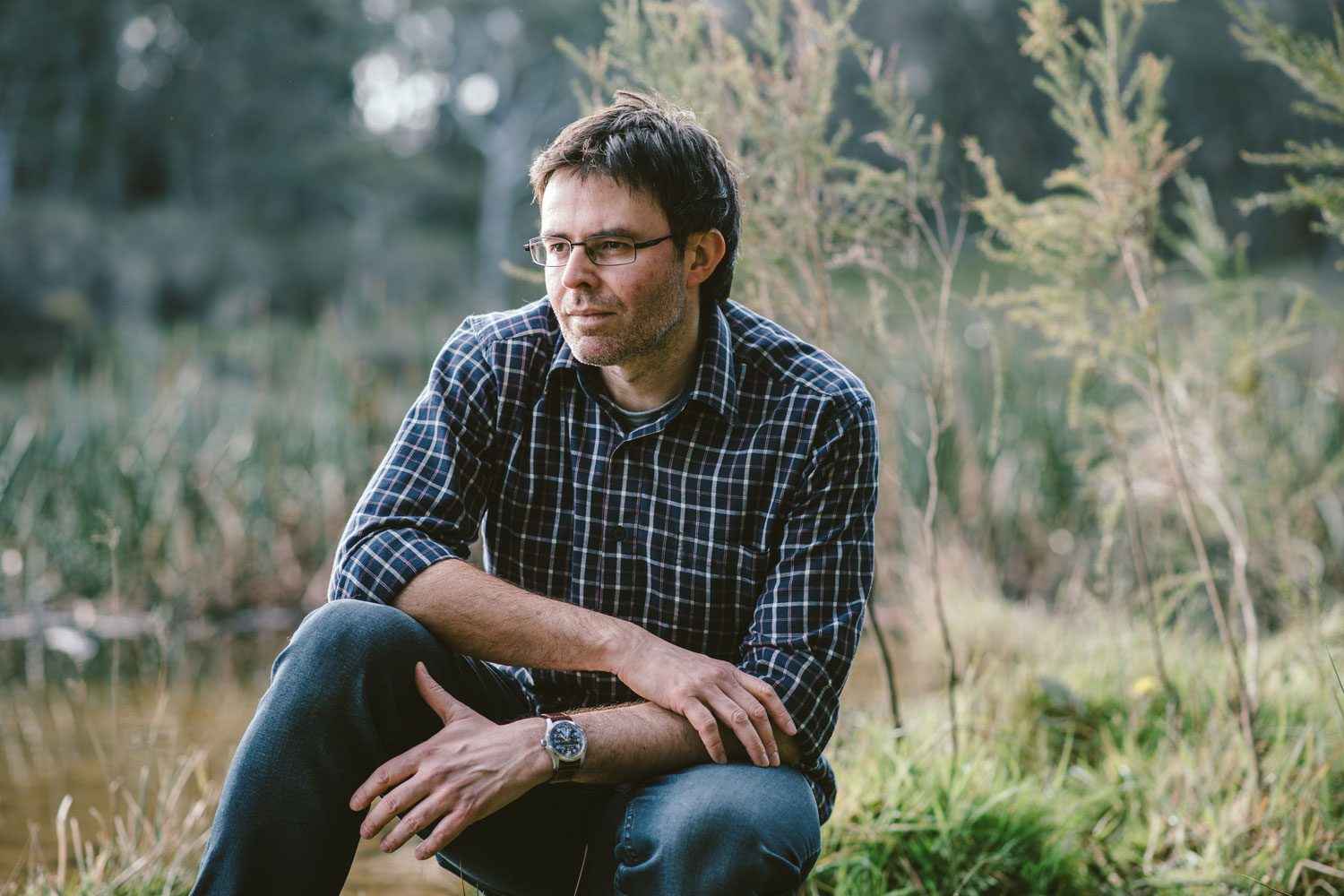 Martyn admits that, prior to his move to the Mountains ten years ago, his music “wasn’t really melodic – just a lot of mechanical noise,” inspired as it was by the native sounds of the city around him. Now, the same environmental forces work their way into his music, but the results are diametrically different.

“There’s natural sounds and rhythms that you hear within nature – the wind gushing through pine needles almost sounds like white noise. I’m totally aware of that outdoors sound, sonically speaking – and subconsciously it always seeps in. You absorb it, and might soon forgotten about it, but it’s in there and it will gradually come back to the surface at some point.”

If Martyn’s work succeeds in creating postcards of the Mountains in your mind, then that may well be due to his creative process – which often involves wandering around the bush with his camera. “I can capture a still shot of the top of the tree, some sunlight coming through, even images that are blurry and out-of-focus – all that makes me come home, look at a picture and make music to suit that image. I can’t imagine it would work for me down back in suburbia – I’d probably struggle to find something beautiful to take a shot of. It would be so much harder to do.”