A Tree change from Melbourne to the Mountains

Rachel Peachey and Paul Mosig, artists and designers, found themselves in Melbourne ten years ago questioning where their lives were headed. They met while studying art in Canberra, and moved south in hopes of finding a home filled with culture and adventure that would nourish their creative development. While they found many of those things, there was something missing – space. Space to live, space to grow, and a space that inspired them. 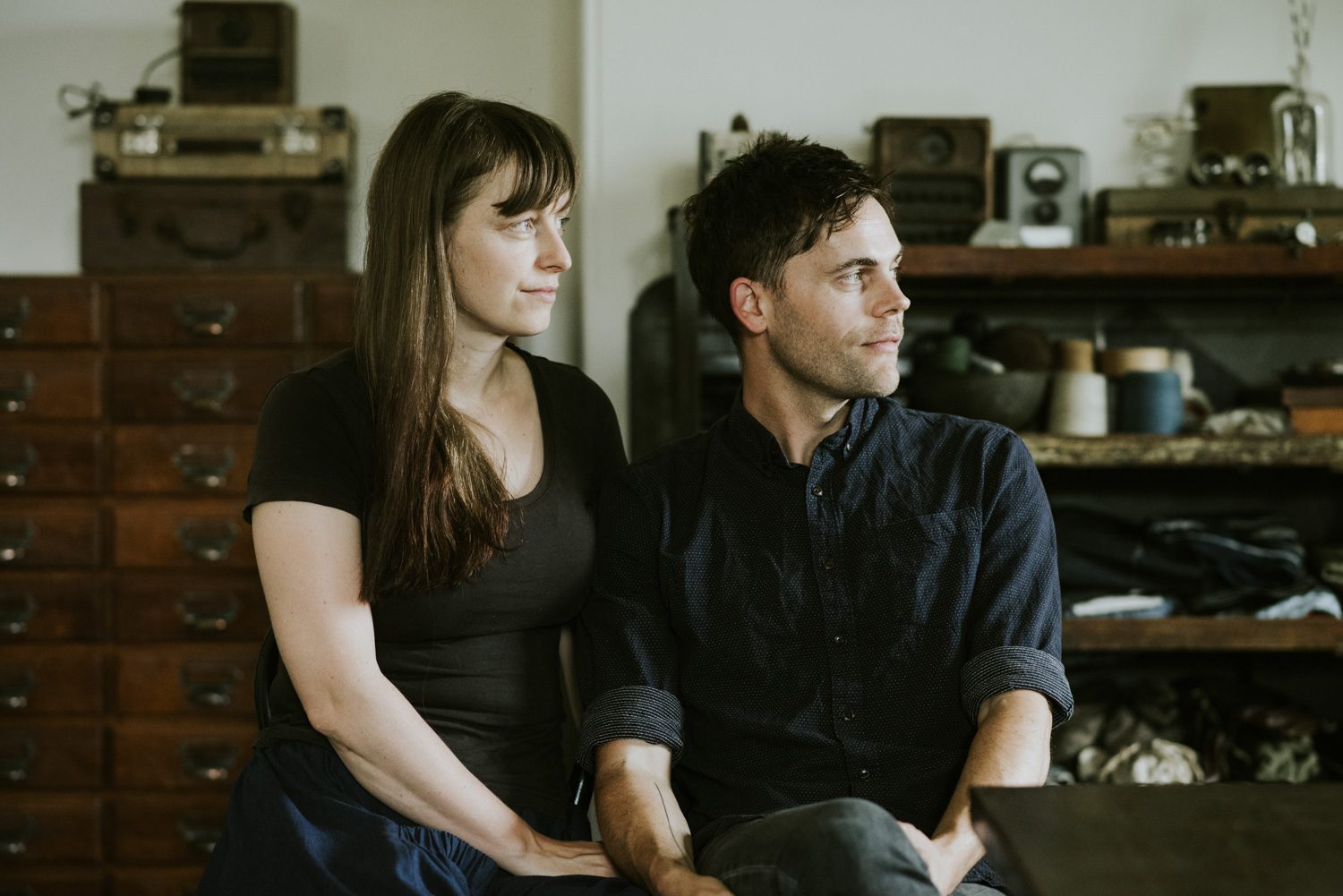 Towards the end of their time in Melbourne, Rachel and Paul started searching for somewhere they could base themselves permanently, so, map in hand, they began checking interesting locations against their criteria. They wanted to be in NSW to be closer to family, somewhere their young son, Sascha, could play and grow around nature, and of course affordability was an important consideration. “This move was definitely about facilitating a more interesting and flexible life,” says Rachel. 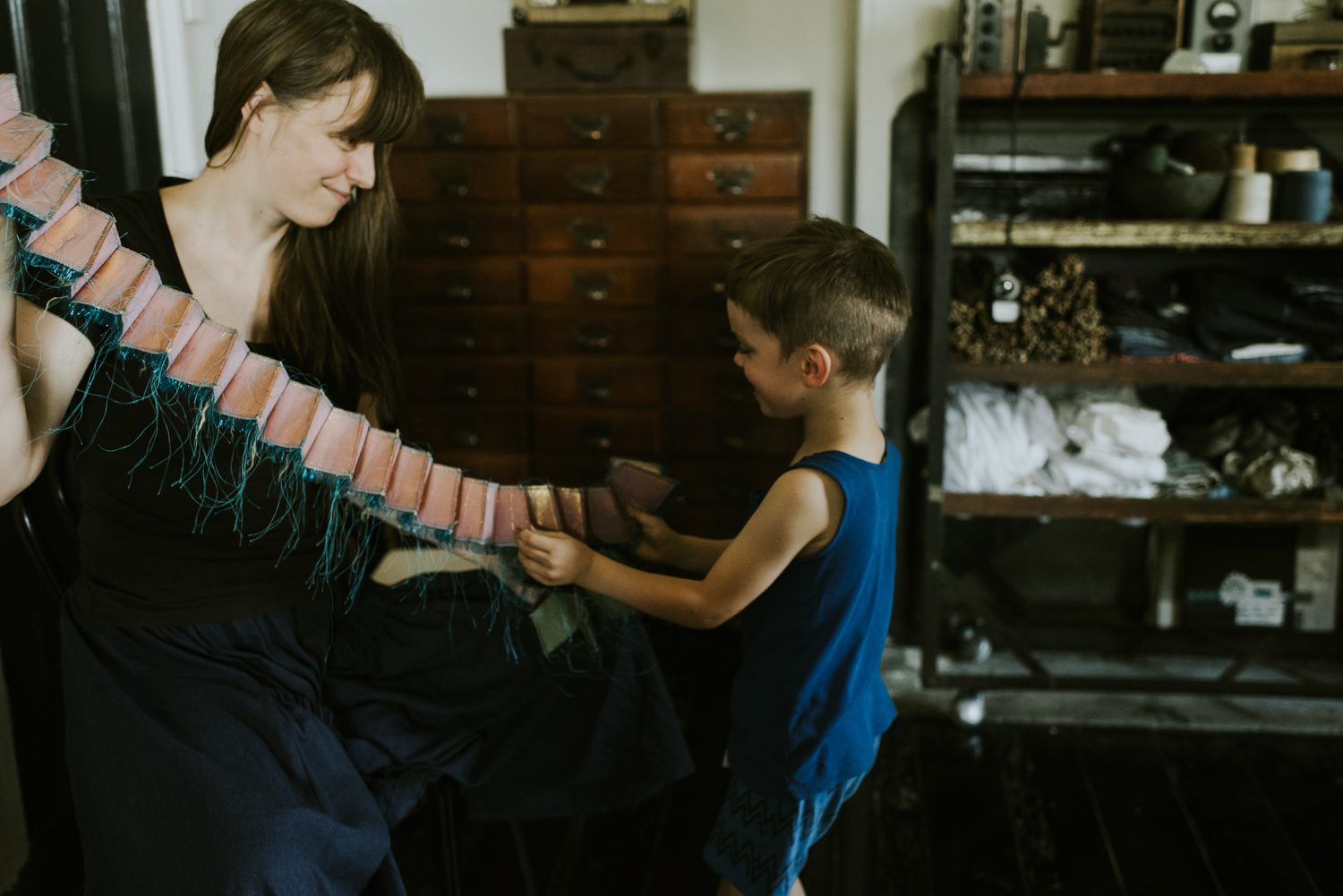 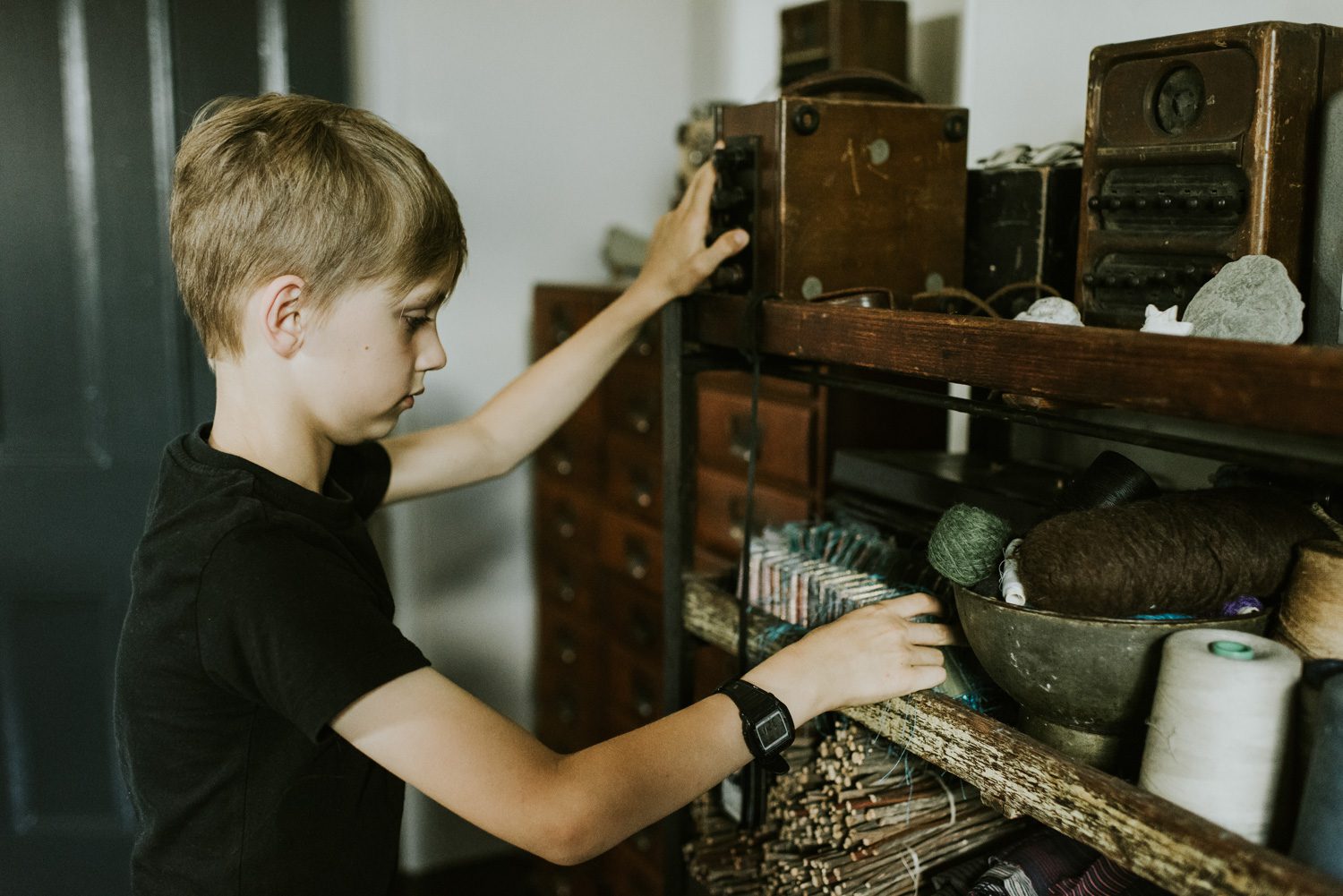 They quickly realised the Blue Mountains ticked almost all of their boxes: it was a place of great natural beauty, had a burgeoning cultural scene, and they were able to afford a house large enough that it could operate as a living and studio space, as well as accommodating Rachel’s mother in a separate annex. “We had our house in Brunswick and a studio in the Nicholson building, but with our young family we found getting to and from the studio ate up so much time…we ended up working so many strange hours,” says Paul. “We were interested in finding somewhere that could house all our needs.”

However, their move to Katoomba wasn’t straightforward. The house Rachel and Paul bought was formerly a commercial property, ill-equipped for living. They began an arduous renovation process while Rachel was pregnant with their second son, Jack. “There were carpets filled with mites, there was no bathroom, we cooked on portable gas cookers with the windows open in this little weird galley kitchen…it was pretty feral! We didn’t know anyone here either, and for a while we were asking ourselves: why did we do this?” says Rachel. “It wasn’t an easy move.” 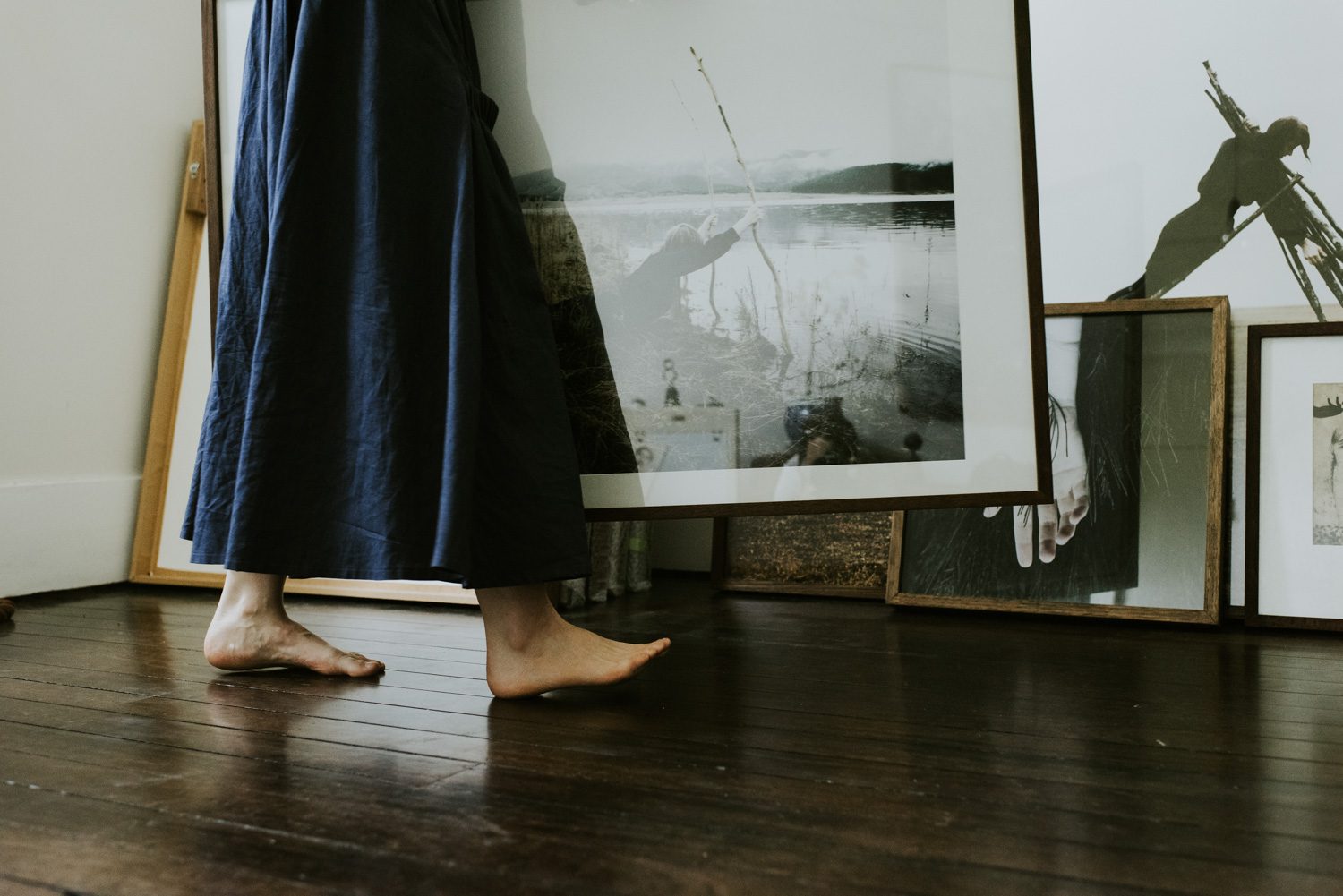 Slowly but surely the warmth of Katoomba’s community drew them in and soon enough they were living in the place they had been hoping to find. “We’re definitely mountains-y people. We like cold climates, we like mountains, we like moody places that have changeable weather that alters the feeling of the place. Each little village here is different. We chose Katoomba because it’s so easy to get around. I can walk to the Co-op or the train station. It feels small and intimate but open and connected at the same time,” says Rachel.

Now that they are firmly established, Rachel and Paul are exploring possibilities for making a greater contribution to the local cultural landscape. Recently returned from a year-long stay in Europe, traveling and working on art projects with various groups and institutions, they are hoping to incorporate some of the revitalising ideas they encountered into their life in Katoomba. 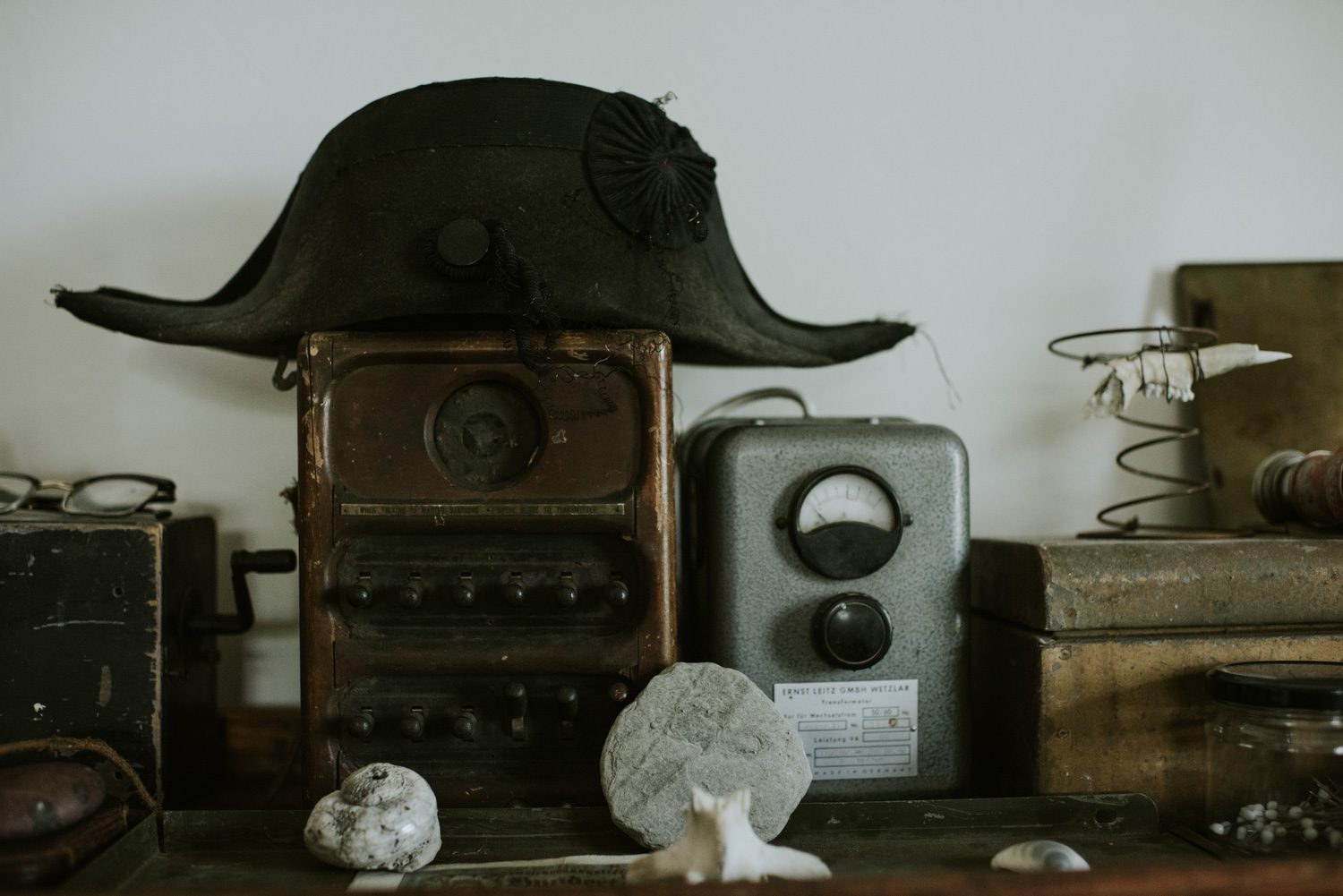 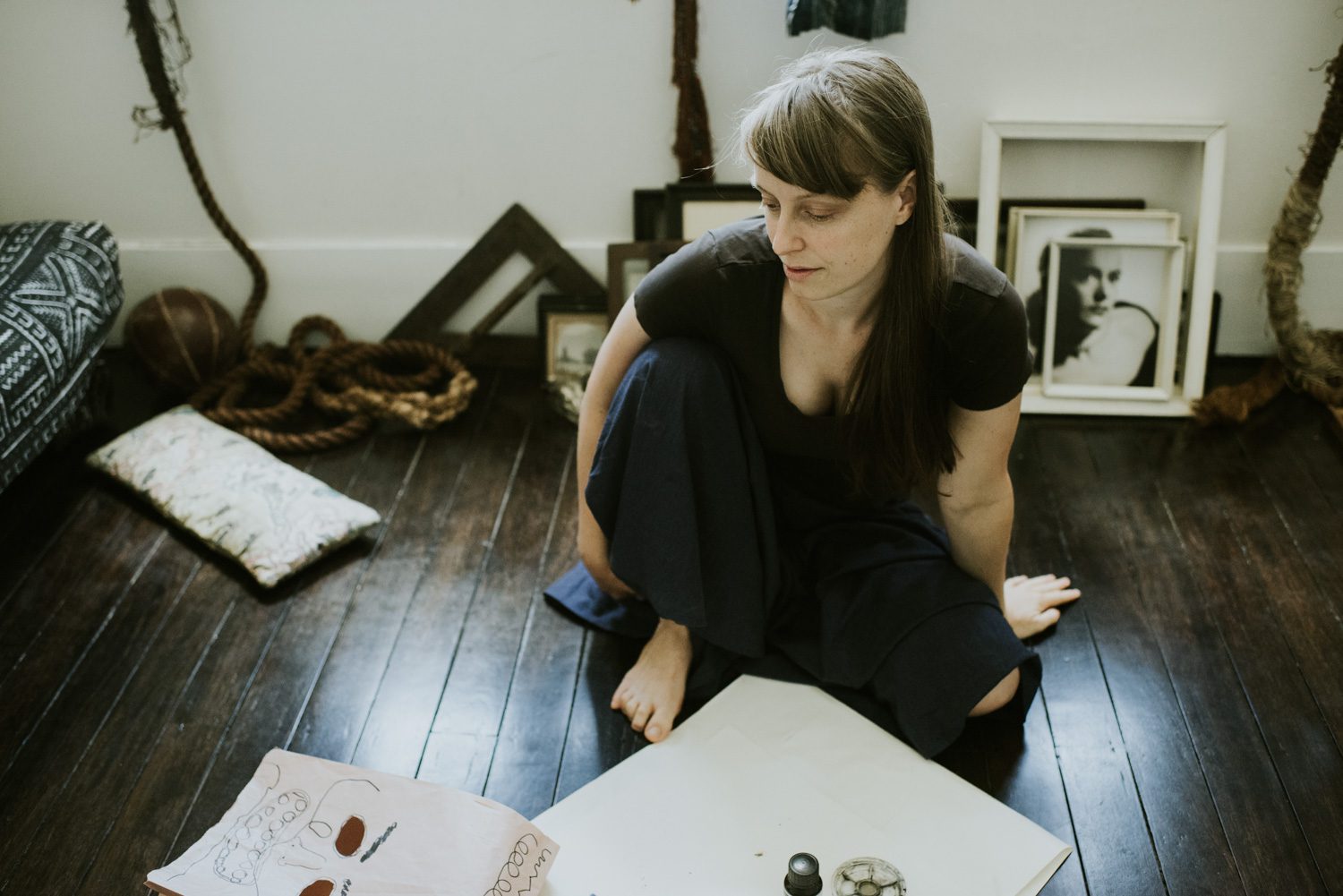 One such plan is a communal arts space that will evolve its use and purpose over time. Paul acknowledges that being able to travel has helped them think differently and expand upon their art and design practices: “I think going away is really healthy, and this space we’ve just created is inspired by some of the places we worked at in Berlin, which had a partly commercial use, but were also more flexible”. While they embrace the slow and calm nature of the mountains, they also hope that this will spark some fresh creativity and group activity.

Living in the mountains has afforded the pair the ability to develop their work in many ways. While they had been exploring the tonal qualities and subject matter that features in much of their work for several years, they found that living in the mountains helped them slow down and develop the confidence to create clearer and more considered images. “Instead of putting ten ideas into the same piece of work, we now focus on each idea individually,” says Rachel. “Our artist practice is based on a few different processes, one of which is field studies where we go out into particularly landscapes, often in the natural environment, and return to it many times until we discover what makes that place interesting. Another process is play, at its most fundamental, without a particular outcome in mind. We will often work with our kids, and sometimes with objects or tools that we bring into the space, and we will combine these processes to interpret the space and develop some type of concept or storytelling from it.” 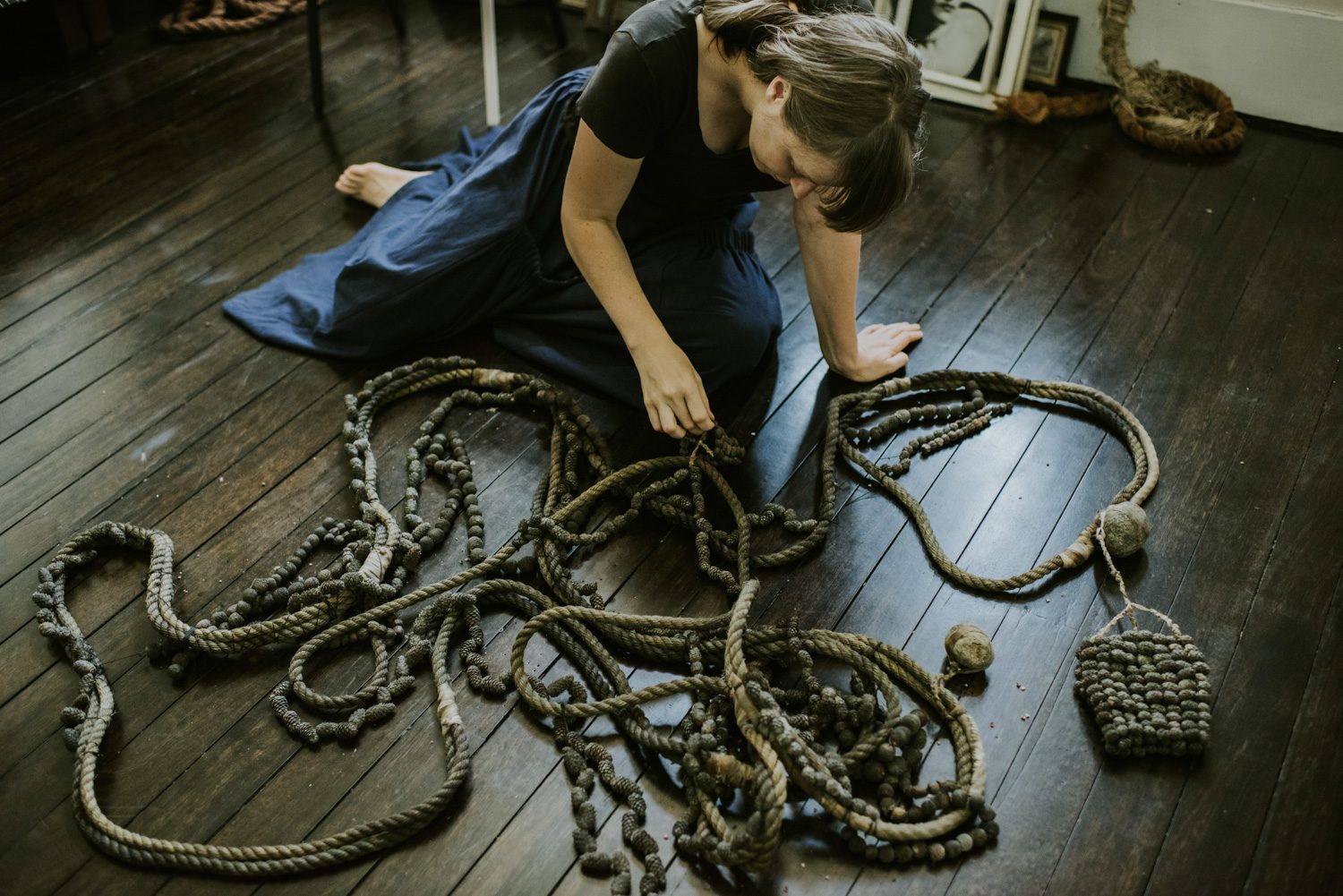 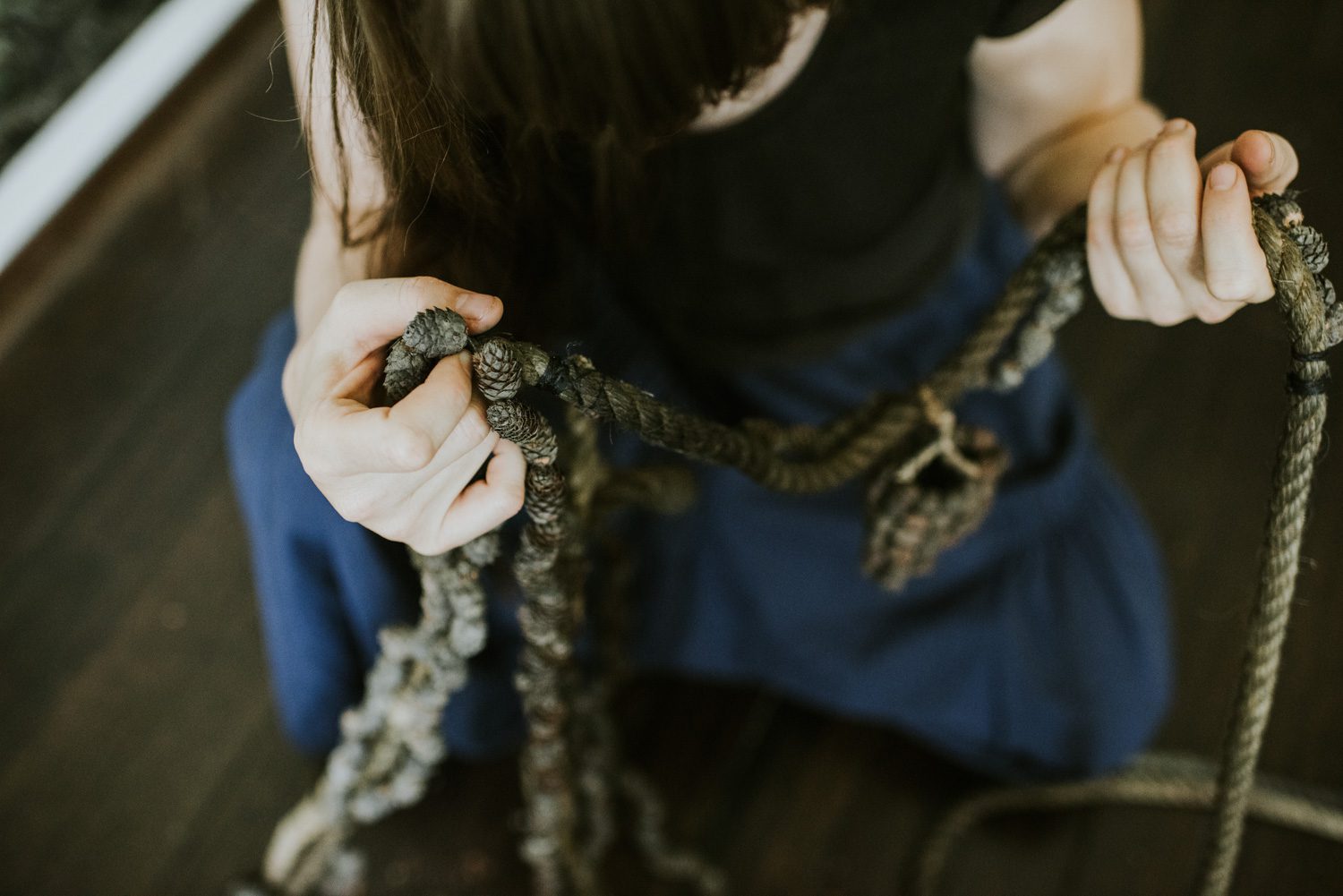 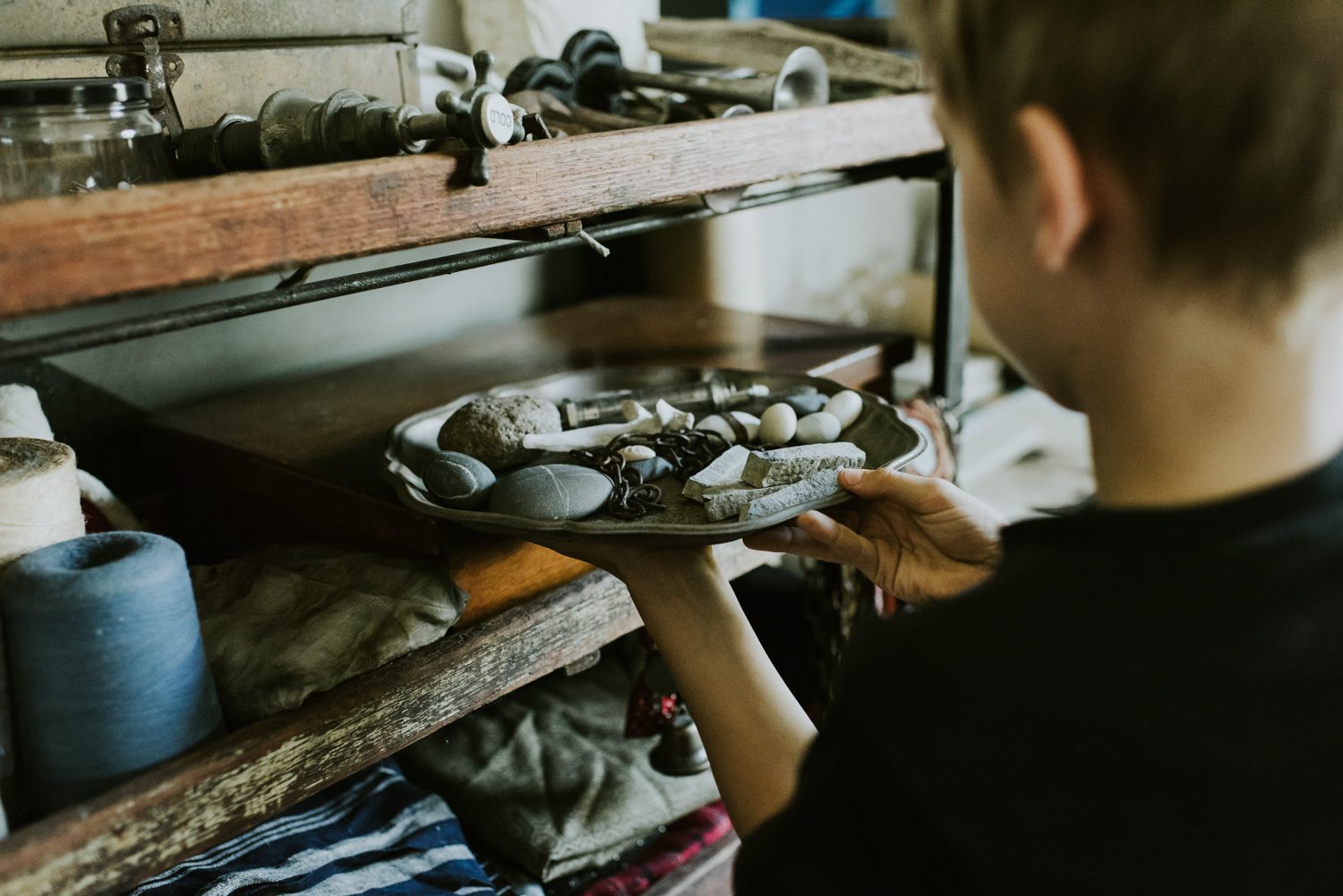 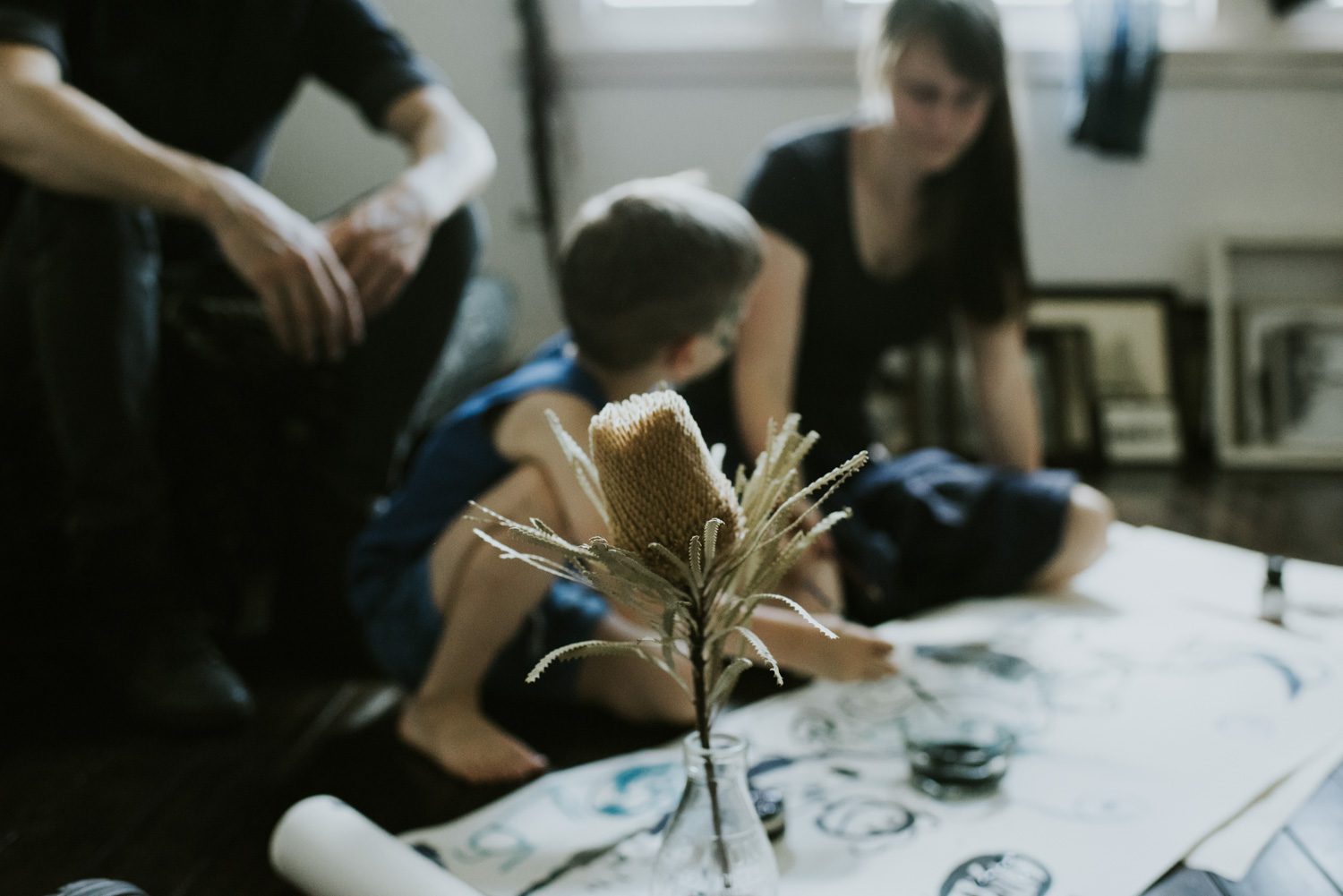 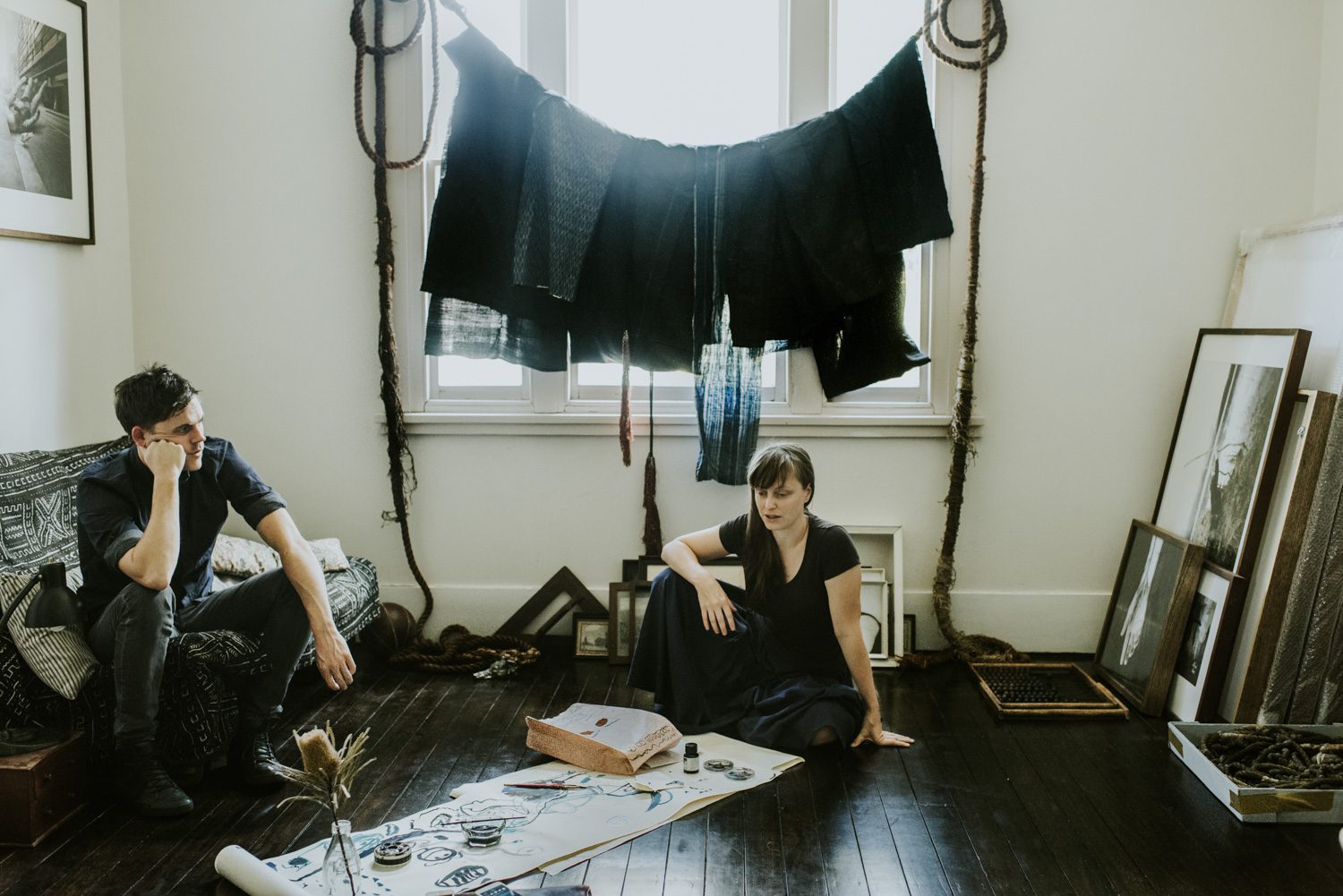 In the Blue Mountains, Rachel and Paul have found the place where they can develop their art and raise their family, in an environment that suits them and as part of a community. “We’re very happy here,” says Rachel. “It is exactly what we wanted it to be. We were able to go away for a year and a half and come back. We’ve got a garden that’s slowly developing. In life I have always wanted to have a sense of time passing – to see the development of space and time – and it’s been perfect for that. Just as we imagined.” 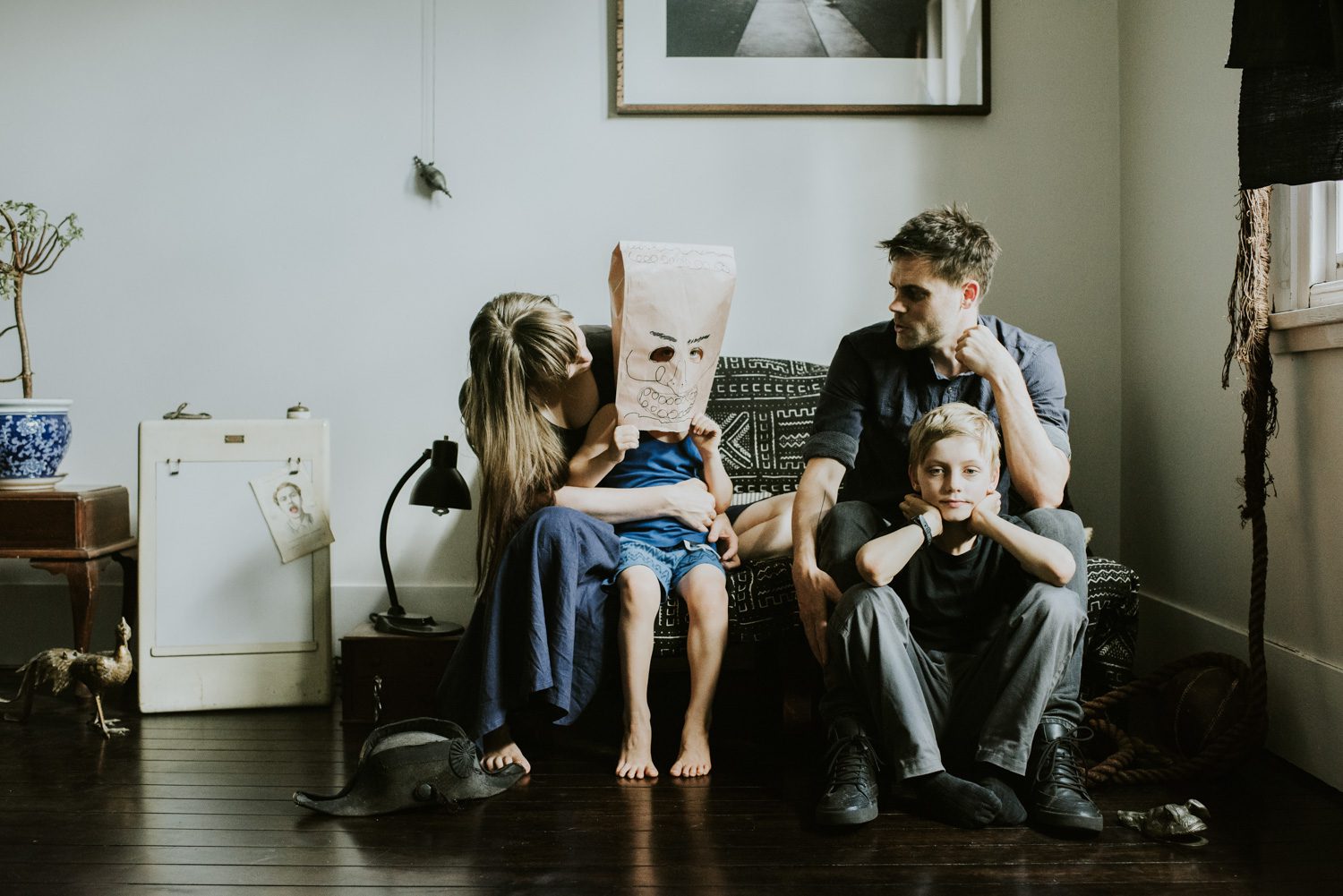 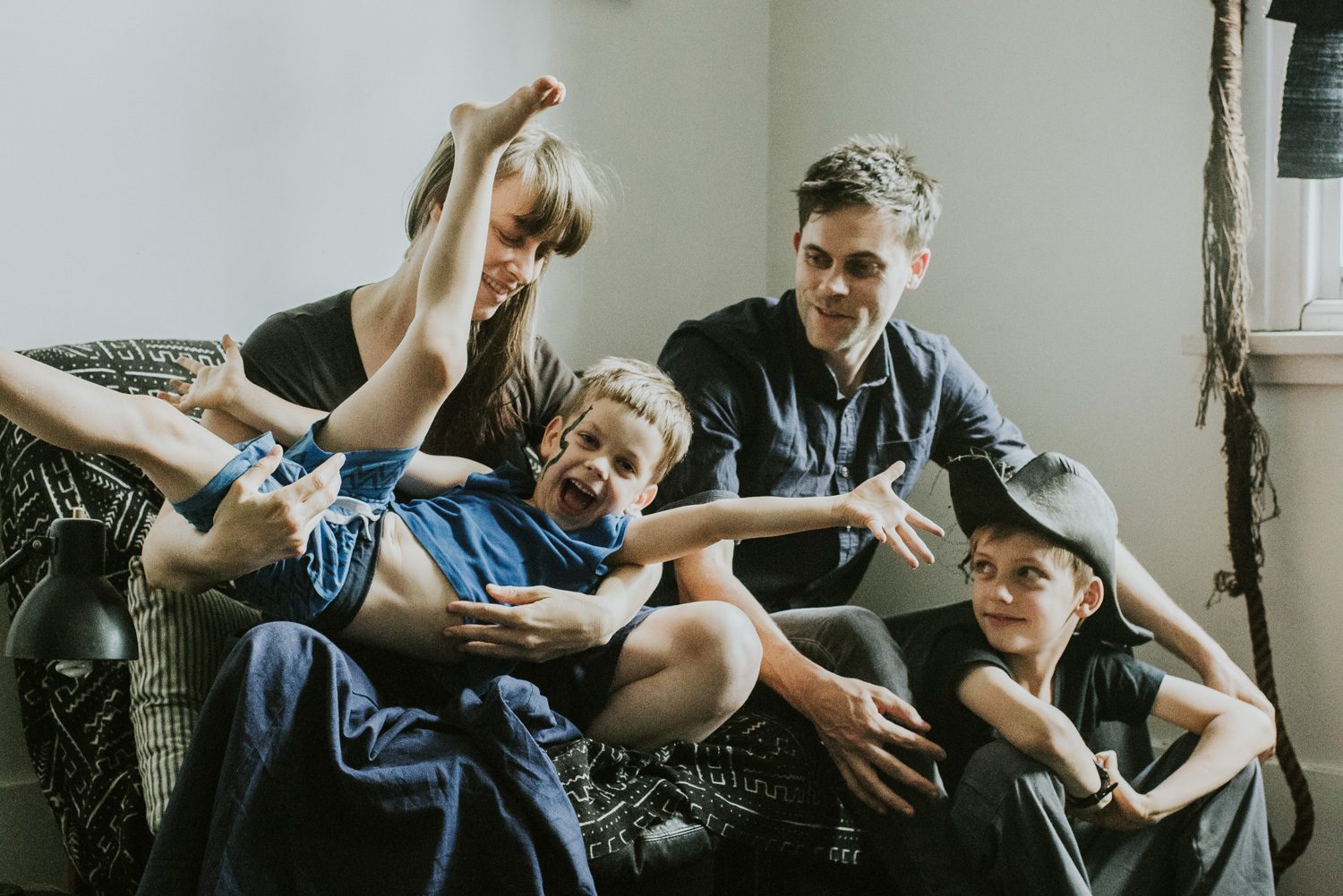